Iraqi forces have launched an operation in desert areas northeast of Ramadi, aimed at cutting off the so called Islamic State militants and preparing a bid to retake the city, a militia spokesman said.

The operation will see a mix of security forces and paramilitaries move south from Salaheddin province, said Ahmed al-Assadi, spokesman for the Hashed al-Shaabi.

The Hashed al-Shaabi is an umbrella group for mostly Shia militia and volunteers, which the government called in after the Islamic State group captured Ramadi on 17 May.

"The operation's goal is to liberate those regions between Salaheddin and Anbar and try to isolate the province of Anbar," Mr Assadi said.

He said it had been dubbed "Operation Labaik ya Hussein", which roughly translates as "We are at your service, Hussein" and refers to one of the most revered imams in Shia Islam.

Prime Minister Haider al-Abadi and his US allies had been reluctant to deploy Iran-backed Shia militia in Anbar, a predominantly Sunni province.

Anbar's provincial capital Ramadi had resisted IS assaults for more than a year but fell earlier this month after a massive offensive and a chaotic retreat by security forces.

The Islamic State group controls most of Anbar, which borders territory it holds in neighbouring Syria.

Pockets of government control include some eastern areas near the capital, the city of Haditha, parts of the town of Al-Baghdadi and the Al-Asad air base, where hundreds of US military advisers are stationed.

French Foreign Minister Laurent Fabius today said that the international coalition fighting IS in Syria and Iraq needed to be strengthened very quickly to avoid more massacres and further partition of the two countries.

He also criticised the Iraqi government, saying France had decided to launch air strikes against IS last year on the basis of Baghdad creating a more inclusive government.

"This contract is what justified our military engagement and I say clearly here that it must be better respected," Mr Fabius said.

France is hosting a summit of 24 countries in Paris on 2 June to discuss the US-led coalition's strategy against IS. 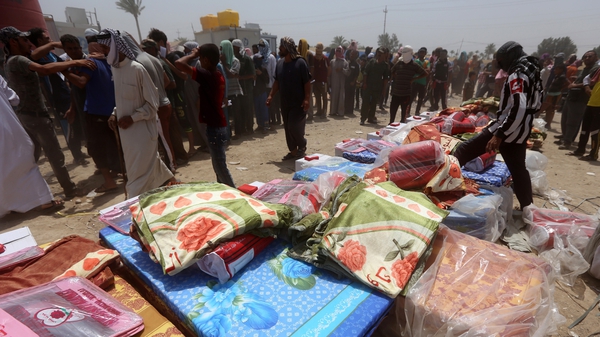 US coalition hits IS targets near Ramadi News