Psychiatric nurses at Galway University Hospital have started industrial action in a dispute over safety and staffing concerns.

The nurses said the action follows 36 assaults on staff since the start of the year.

The Health Service Executive said it regrets the latest move and it has asked the Labour Relations Commission to intervene.

Last month, nurses at the Acute Psychiatric Unit at the hospital refused to go on duty over concerns for their safety and that of patients.

From today staff are only carrying out essential, core duties at the unit.

The PNA said it wants an agreed staff complement on the ward at all times, particularly given the need for some patients to have one-on-one care.

The union has called on the HSE to engage in "meaningful talks" and to lift the threat of sanctions against those who failed to report for work last month.

The HSE said it is happy to explore the issues raised by the nurses and that it has already moved on staffing levels.

However, it said it cannot ignore the failure of nurses to work and that this issue will have to be dealt with at some point. 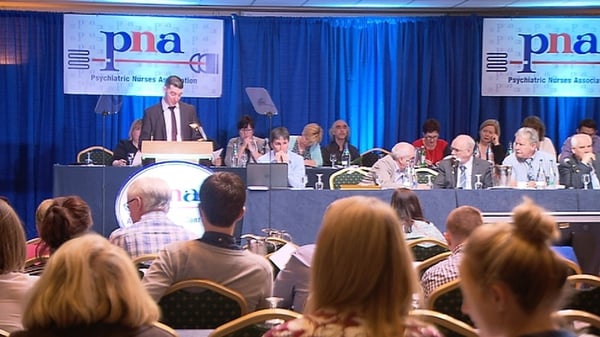