British Prime Minister David Cameron has told European Union President Jean-Claude Juncker that the EU "needs to change" to meet UK voters' concerns as he stepped up pre-referendum efforts to secure a reformed relationship with Brussels.

Mr Cameron, who less than a year ago condemned the election of the ex-Luxembourg president as a "serious mistake", welcomed him to the official country residence Chequers to discuss potential changes over dinner.

The prime minister has promised to give the country a straight yes/no choice over continued membership of the 28-nation bloc by the end of 2017.

Legislation paving the way for the referendum will be published on Thursday, and will confirm that most EU citizens living in the UK will be denied a vote and that the franchise will not be extended to include 16 and 17-year-olds.

At the same time, the Mr Cameron will embark on a whistle-stop tour of European capitals as he seeks to bolster pro-reform alliances with other leaders before the next major summit in June, visiting Denmark, the Netherlands and France on Thursday, and Poland and Germany on Friday.

In what may be a blow to his hopes, it was reported by Le Monde that France and Germany were preparing to unveil a deal at that gathering that would allow further integration of eurozone countries without needing to reopen the EU's ruling treaties.

Mr Cameron has conceded that securing a deal will take "patience and tenacity".

"The Prime Minister underlined that the British people are not happy with the status quo and believe that the EU needs to change in order to better address their concerns," a spokeswoman for Mr Cameron said.

"Mr Juncker reiterated that he wanted to find a fair deal for the UK and would seek to help. They talked through the issue at some length in the spirit of finding solutions to these problems.

“They agreed that more discussion would be needed, including with other leaders, on the best way forward", the spokeswoman added. 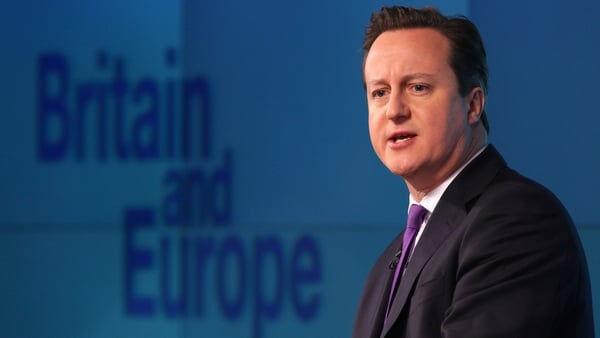