Minister for Finance Michael Noonan is tomorrow expected to speak about a series of meetings he has had with banks regarding mortgage rates.

It is understood Minister Noonan expects that all existing standard variable rate mortgage customers will soon be offered a lower rate by their bank.

That could be a variable rate or a fixed rate and it is hoped that all customers will soon be able to access a mortgage interest rate below 4%.

This would include mortgage holders who are in negative equity.

It is also hoped that fewer people will be in negative equity as property values rise, and more people will have the option of switching mortgage providers.

This would make the market more competitive and help to push down rates.

Earlier this week, AIB was the first in a series of banks to meet Mr Noonan.

However, he said, his bank cannot talk about changing rates as it has just gone to the markets to raise capital.

He said stock market rules meant that for 40 days after going to the market and issuing a prospectus, PTSB cannot discuss changing its business model and the prices it charges.

Permanent TSB is committed to staying in the Irish market, he said, and will aim to be as competitive as possible.

Asked if his bank would be reducing its rates following the meeting, he said that was the subject of ongoing discussions 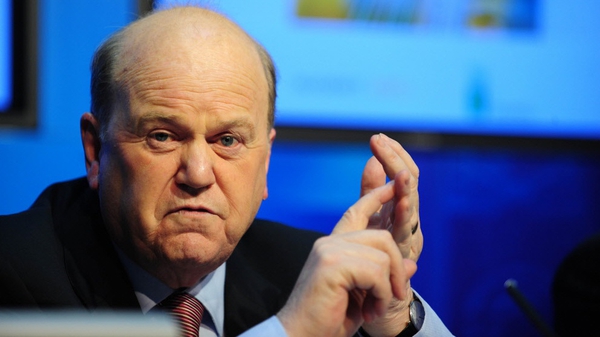