"Boko Haram fighters raided Bale and Kayamla villages where they killed at least 55 people and burnt several homes after looting them before proceeding to the outskirts of Maiduguri where they were crushed by troops," a vigilante official, Abacha Zinnari, said.

"They killed 30 people in Kayamla and another 25 in Bale," he said.

A resident of Bale, said 25 people who were killed in a raid on Wednesday were buried yesterday, while several others who were injured were taken to hospital.

A group of heavily armed Boko Haram fighters launched an offensive on Maiduguri city late on Wednesday which was repelled by troops from a military base on the outskirts of the city, according to the military and residents.

The insurgents had raided the villages before the foiled assault on the city but the story was slow to emerge following a round-the-clock curfew imposed on the city by the military on Thursday which restricted movement.

Gunmen reportedly burnt around 50 houses in the villages, with the homes of known vigilantes targeted.

A resident of Kayamla, said at least 30 people were killed in the Boko Haram raid on the village and surrounding settlements.

At least three soldiers, six vigilantes and dozens of Boko Haram insurgents were killed during clashes in Maiduguri on Wednesday evening, sources have said.

The assault was the first on Maiduguri for three months and came after sweeping offensives against Boko Haram strongholds by a regional military coalition of Nigeria, Niger, Chad and Cameroon. 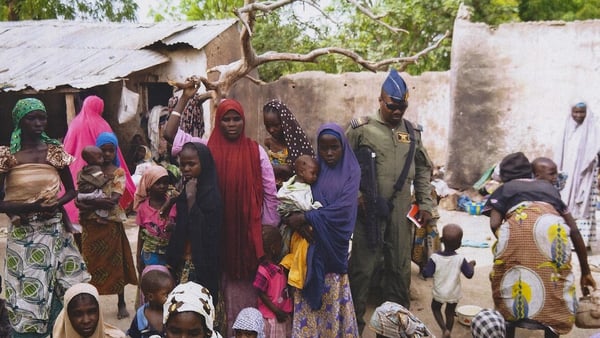