A painting by Pablo Picasso has set a new record for the most expensive piece of artwork ever to be sold at auction.

The masterpiece, entitled 'Women of Algiers' sold at Christie’s in New York for $179 million.

The auction house had estimated 'Les femmes d'Alger' would sell for about $140m.

However, several bidders competing via telephone drove the winning bid to $160m, for a final price of $179m including Christie's commission of just over 12%.

'It will be fascinating to see how long it holds,' Jussi Pylkkanen, Christie’s global president, who also served as auctioneer, said of the record price. 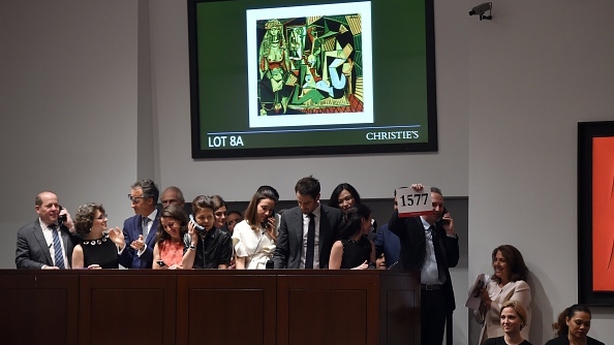 The record-setting Picasso was last auctioned in 1997, selling for $31.9m or nearly three times its pre-sale estimate.

Bidding started this time at $100m, with collectors driving the price upward in $1m increments.

"The market has certainly changed dramatically," he said.

Christie's said active bidders came from 35 countries, with European and Asian collectors in particular competing with Americans for the top-tier works.