A new report from property website Daft.ie shows the supply of rental homes is at its lowest point in almost a decade.

The report also finds that the national average rent between January and March was just over €960.

According to the latest quarterly Rental Report by Daft.ie, there were fewer properties available to rent nationwide at the beginning of May than at any point since 2006, with just 4,300 properties compared to 7,200 a year previously.

Overall, rental prices nationwide continued to ease slightly in the first three months of 2015 with the national average rent between January and March just over €960.

Year-on-year rents in Dublin continued to show the biggest increase up 8.3% - with the average monthly rent now just over €1,350.

In other cities, rents continued to rise but at a slightly slower pace.

In Limerick, rents increased by 6.8% in a year, while in Waterford rental inflation was 5.6%.

Reacting to the report, the Simon Communities in Ireland said that rising rents are pushing people into homelessness.

They also said that far too many people are stuck in emergency accommodation for far too long because they have no other option.

Daft.ie economist Ronan Lyons said there is an 80% reduction in the number of rental units available in recent years.

Speaking on RTÉ's Morning Ireland, he said there has been a huge increase in rents over the last three years with the steepest rise, 8%, in the last 12 months.

However, he believes rent levels in the capital are stabilising as people are now going out to the commuter counties which are now seeing increased rent inflation.

Mr Lyons said capping rents is just banning a symptom and the problem is a lack of supply.

He also said people are changing their living arrangements to reflect the rent rises with more students staying in the family home and more families sharing houses.

He said more supply is needed but it will be two or three years at the earliest, even if the Government acts now, before a difference will be felt. 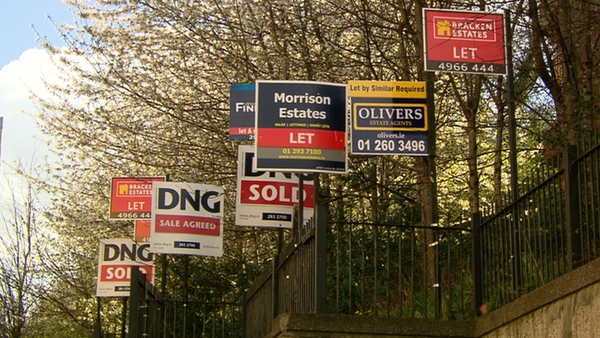