The Labour Relations Commission has invited management from Bus Éireann and Dublin Bus to talks at 3pm tomorrow.

The move is in a bid to resolve the bus dispute which brought public transport bus services to a standstill for two days over the bank holiday weekend.

The dispute is over the tendering of 10% of bus routes to private operators.

A further two-day stoppage is scheduled for Friday and Saturday 15 and 16 May, with another three days of industrial action planned for 29-31 May.

However, he warned that it was important that their position should be clearly understood.

Mr O'Leary said it would require an all-party commitment to address all of the issues on what he called the "pre-agreed interlocking agenda".

He said that would involve matters including that no staff would transfer to private operators, that there would be no legacy cost consequences for staff, or any extraction of labour costs from tendering.

Mr O'Leary also insisted there must be a regulatory regime with teeth to ensure that breaches of agreed employment terms and conditions would be met with penalties - including the ultimate sanction of contract termination.

The NBRU believed that the savings to the taxpayer argument promulgated by the National Transport Authority was almost exclusively based on labour costs, he said.

He also reiterated the union's concern that public bus companies were potentially exposed to losing all their routes in 2019.

Bus Éireann has said it will engage constructively to try to avoid any further disruption of our services. 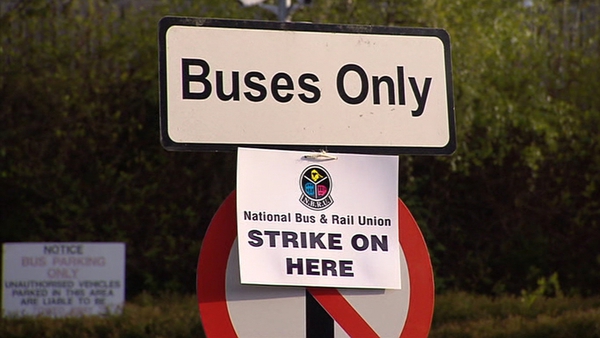