After weeks of discussion about hung parliaments, minority governments and coalition governments, David Cameron and the Conservatives defied all the predictions and won an overall majority of seats at Westminster.

Their coalition partners, the Liberal Democrats, were almost wiped out.

Labour, who were decimated in Scotland, struggled to hold their own elsewhere in the country.

The UKIP challenge to the Conservatives failed to materialise; while the Scottish National Party triumphed north of the border.

Reacting to the UK election results, Mr Kenny said he looked forward to building on the close relationship that exists between Ireland and the UK.

He said that the "special and essential relationship between the United States and the United Kingdom is rooted in deep and abiding shared interests and values."

Elsewhere, the French president Francois Hollande congratulated the British prime minister and invited him to Paris.

A spokesman for President of the European Commission said that Jean-Claude Juncker had also sent his congratulations to Mr Cameron on the election result and looked forward to an early meeting.

However, with attention now turning to the promised referendum on British membership of the EU sometime in the next two years, the spokesman said that the EU's freedom of movement for people, goods, services and capital was not negotiable.

The UK election - As it happened

Earlier, three of the UK's party leaders resigned in the wake of disastrous results in the general election.

Labour's Ed Miliband announced his resignation this afternoon saying he took "absolute and total responsibility" for the party's defeat.

Nick Clegg earlier quit as the Liberal Democrat leader after seeing his party annihilated at the polls.

It came as Mr Cameron headed to Buckingham Palace to confirm his second term as Prime Minister, at the head of a majority Conservative government.

Mr Clegg said the Lib Dems had suffered a "catastrophic" defeat in the general election.

"Clearly the results have been immeasurably more crushing and unkind than I could ever have feared. For that I must take responsibility and therefore I announce that I will be resigning as leader of the Liberal Democrats."

Nick Clegg says the election results have been 'crushing'

He lost to Conservative candidate Craig Mackinlay by 2,822 votes.

Afterwards, Mr Farage, who polled 16,026 votes, said he "has never felt happier" with a "weight lifted off his shoulders". 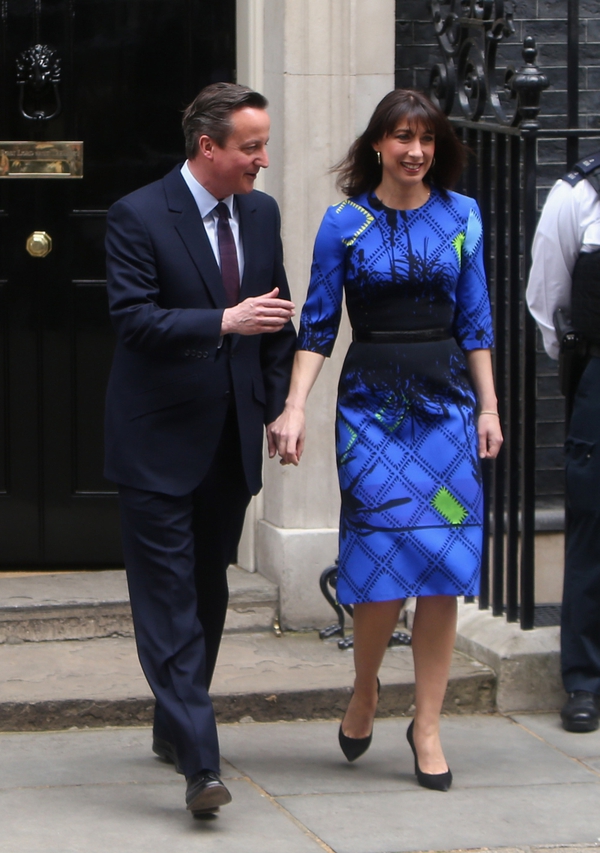