The Labour party suffered a number of high-profile casualties in the UK election, while the Liberal Democrats also suffered heavy losses amid a surge from the Scottish National Party.

Labour's Ed Miliband and Liberal Democrats' Nick Clegg both resigned as leaders of their respective parties in the aftermath.

Elsewhere, Nigel Farage stepped down as UK Independence Party leader after he failed to win the Thanet South seat from the Conservatives. 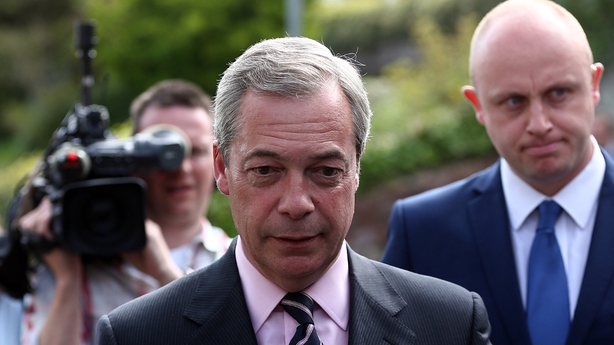 Mr Farage said he was professionally disappointed with the result but on a personal level he "has never felt happier".

A succession of senior Labour figures were ousted in Scotland and key target seats elsewhere in the UK evaded the party's grasp.

I am grateful to the people who worked on our campaign and for the campaign they ran. The responsibility for the result is mine alone.

The party's finance spokesman Ed Balls lost his seat in his Morley and Outwood constituency. 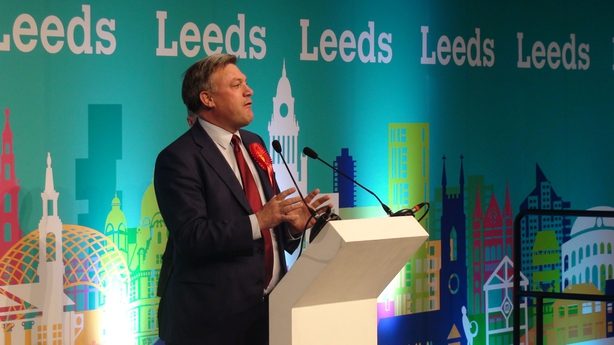 Mr Balls congratulated political opponents in Westminster and praised Tory Andrea Jenkyns for her political campaign in Morley and Outwood.

The party's general election campaign chief and shadow foreign secretary, Douglas Alexander, was swept aside by the SNP's Mhairi Black, a 20-year-old politics student at Glasgow University, with a 26.92% swing from Labour to the SNP in Paisley and Renfrewshire South. 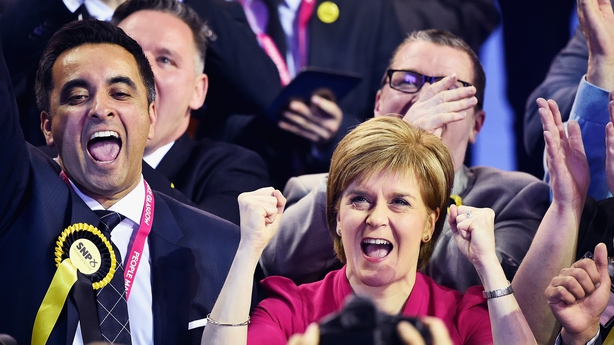 Labour also lost what was its safest seat in Scotland, with Nicola Sturgeon's party seizing the Kirkcaldy and Cowdenbeath constituency, which had been held by former prime minister Gordon Brown.

The SNP claimed another considerable win, toppling Scottish Labour leader Jim Murphy from the seat he has held for nearly 20 years.

Mr Murphy, who was the biggest casualty of the night for the party, said it was an "enormous" moment for the SNP, but he appeared determined as he declared the fightback for Labour in Scotland would begin straight away. 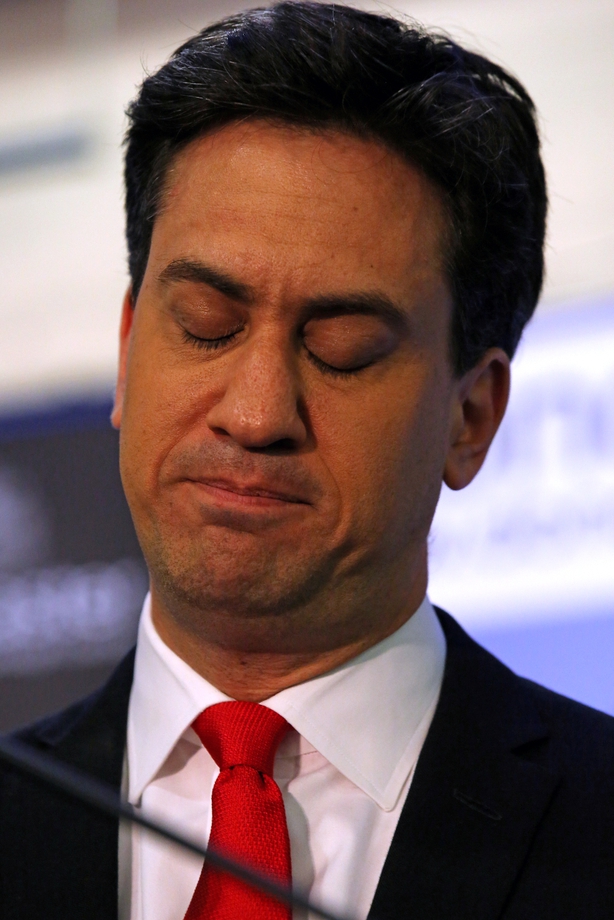 Labour leader Ed Miliband said a "surge of nationalism" had overwhelmed the party in Scotland and told his colleagues north of the border he was "deeply sorry" for what had happened.

As Labour giants fell across the country - including shadow Scottish secretary Margaret Curran - the candidate defending the slimmest majority of any Labour MP north of the border produced a small glimmer of good news, with Ian Murray holding the Edinburgh South constituency for the party.

Liberal Democrats' Danny Alexander, Chief Secretary to the Treasury, is the highest-ranking politician in Scotland to have lost their seat in the general election.

The Liberal Democrat, who was at the heart of the coalition government, is one of many who have been ousted from office in the wake of the SNP's historic landslide.

Mr Alexander said: "It's been a very tough election and a lot of us have been swept away by this tidal wave of nationalism that has taken over many constituencies in Scotland. We all have to reflect on that.”

Former party leader Charles Kennedy was also a casualty to the SNP, losing his seat of Ross, Skye and Lochaber, leaving Parliament after 32 years.

Jo Swinson lost the East Dunbartonshire seat she had held for the Liberal Democrats since 2005 due to a 16.05% swing to the SNP.

While in the south, the party’s Business Secretary Vince Cable lost the Twickenham seat he had held since 1997 to the Conservatives, defeated by Tania Mathias by 25,580 votes to 23,563. He blamed a campaign of "fear" by the Tories for a "terrible night" for the Liberal Democrats.

And the pattern of the party’s electoral drubbing continued when another cabinet minister, Simon Hughes, lost his seat in Bermondsey and Old Southwark.

Another high-profile casualty of the election so far is controversial Respect candidate George Galloway. Few British politicians have generated quite as much controversy over so many years as Mr Galloway. 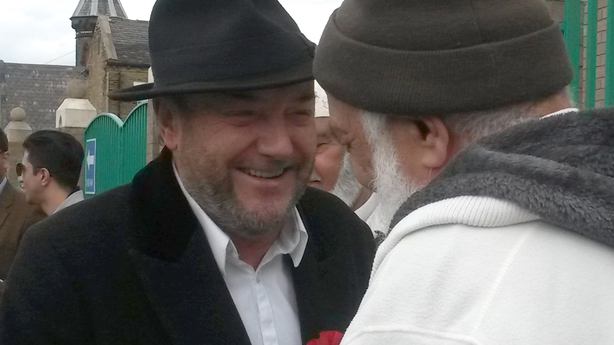 He has appeared before the US Senate to deny claims of trading in Iraqi oil and been mocked after a bizarre appearance on Celebrity Big Brother in which he dressed up in a leotard and mimed a cat.

His career has largely been defined by his ferocious opposition to British and American policies in the Middle East and his championing of Palestinian rights. 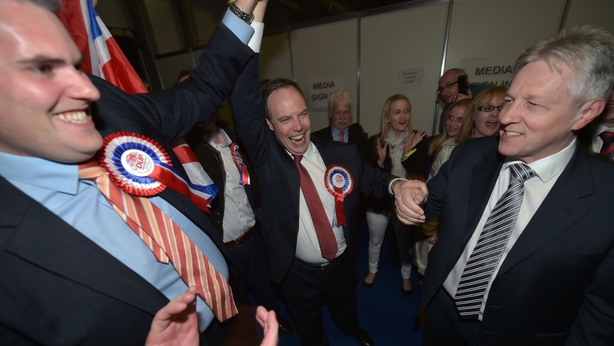 The UUP also made an unlikely gain from Sinn Féin in Fermanagh and South Tyrone, with Tom Elliott taking Michelle Gildernew's seat by 530 votes.

The DUP did not run a candidate in the constituency as part of a Unionist voting pact.

Despite the loss in South Antrim, the DUP maintained their eight seats as Gavin Robinson successfully took Belfast East from Naomi Long of the Alliance Party.

The Alliance Party now have no seats in Westminster.

14 of the 15 other seats in Northern Ireland were retained by the outgoing MPs, while the remaining seat, Newry and Armagh, was won by Mickey Brady of Sinn Féin who replaces party colleague Conor Murphy. 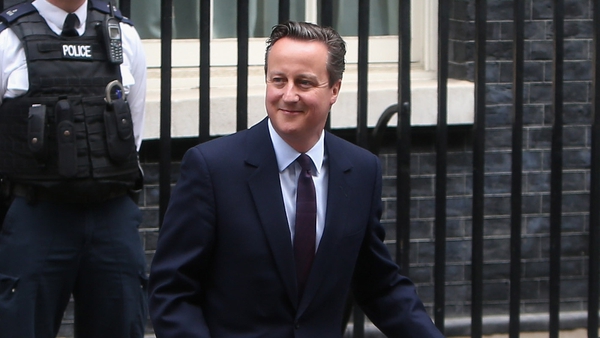 UK Election - As it Happened