Central Bank Governor Patrick Honohan has said he asked the Minister for Finance early last month to begin the process of finding his successor.

Speaking at the launch of the Central Bank's annual report, Professor Honohan said he had been long asking himself what would be the best moment to stand down, saying he is not getting any younger.

He insisted there were no rows about his decision to retire

He said Michael Noonan was surprised to be told of his retirement, but was understanding about it.

Prof Honohan said he felt it was a good time to go as it is a time of change and transition where the bank has moved from a crisis management phase and is now in a consolidation phase.

He said there has been a lot of change over the past six years.

Prof Honohan said he will be 66 in October and he wanted to give the Government six months to find a replacement. He intends to stay on as governor until November.

He also did not rule out the possibility of writing a book on the banking crisis and his time as Central Bank governor.

Mr Noonan said Prof Honohan's retirement will mark the end of an era.

He said he had "left an enduring legacy in his contribution to the stability of the country which is now beginning to strengthen and grow".

Taoiseach Enda Kenny has paid tribute to the work carried out by Prof Honohan as governor of the Central Bank.

Mr Kenny said Prof Honohan had informed him about his plans to retire yesterday saying he had said he was stepping down because he felt it was the right time for him to leave the post.

The Taoiseach said every decision Prof Honohan had made had been taken in a deeply-held belief that it was in the best interests of Ireland and her people.

Mr Kenny said Prof Honohan had a very difficult job to do and had approached it with dedication.

He wished him well in his retirement.

The process is now under way to identify candidates to replace Prof Honohan and under the Central Bank Act the appointment of a new governor is made by the president on the nomination of the Government. 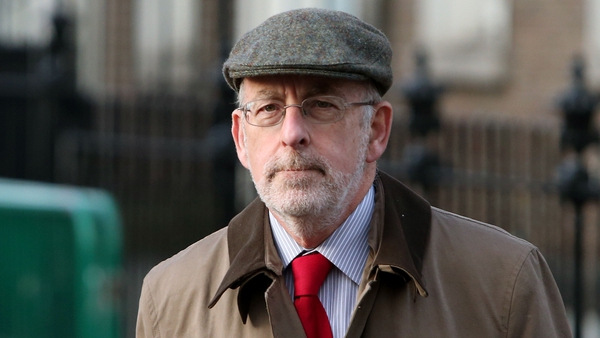 Patrick Honohan to announce his retirement from Central Bank