Britain's first legally-approved HIV self-testing kit has gone on sale online, promising a result in 15 minutes with a 99.7% accuracy rate.

Developers hope the BioSure HIV Self Test will help identify the estimated 26,000 people in Britain who have HIV but do not yet know.

"Knowing your HIV status is critical and the launch of this product will empower people to discreetly test themselves when it is convenient to them and in a place where they feel comfortable," said BioSure founder Brigette Bard.

Early diagnosis reduces the risk of passing the disease on to other people and also raises the success rate of modern treatments, which now make the disease manageable.

"Over 40% of people living with HIV are diagnosed late, meaning they have been living with HIV for at least four years," said Deborah Gold, chief executive of the National Aids Trust (NAT).

"People diagnosed late are 11 times more likely to die in the first year after diagnosis," she added.

The kit reacts to antibodies - proteins made in response to the virus - in a drop of the person's blood, producing two purple lines in the event of a positive diagnosis.

The self-test, which is only available via the internet, can only detect antibodies three months after the patient has become infected, meaning it cannot diagnose the virus before then.

All positive results must be confirmed by professional health workers, experts said.

But she added: "However, it is important to make sure people can get quick access to support when they get their result."

Currently, those who fear they may have been infected have to collect a blood sample at home and send it to a laboratory, waiting five days for the result.

There are almost 110,000 people in Britain living with HIV, which can lead to AIDS if the sufferer's immune system becomes badly damaged.

A similar test in the US has been available since 2012, giving a result in around 30 minutes from a sample of the person's saliva or blood. 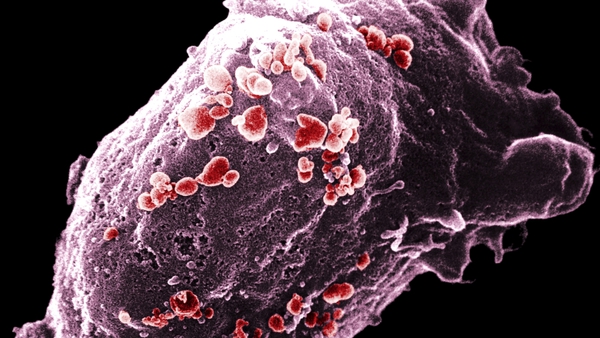 HIV recurs in child thought to be cured