Mandate trade union which represents around 6000 Dunnes Stores employees is to organise a day of protest in early June, as part of an ongoing dispute over low-hour contracts and collective bargaining at the retailer.

The decision was taken at meeting of 100 Dunnes shop stewards earlier today.

However, the shop stewards have reserved their position on whether to hold a second strike at the company.

Mandate Assistant General Secretary Gerry Light said the protest would probably take place on a weekend in early June and would involve a march through the city centre in Dublin.

He said it would be an opportunity for the public to show their support for Dunnes Stores workers.

However he said it would also send a signal to politicians in Leinster House on the importance of collective bargaining legislation which is currently making its way through the Dáil. 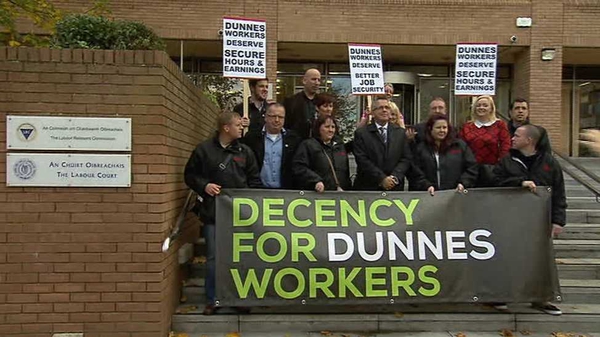