Taoiseach Enda Kenny has said if the Opposition remains concerned following the special liquidator's review into IBRC, the Comptroller and Auditor General may be asked to look at the matter.

Mr Kenny pointed out that the liquidator's review will be discussed at all-party committees.

However, he said if the Comptroller and Auditor General does look into it, it will require a change in legislation.

Last night, Minister for Finance Michael Noonan announced a review of the sale of construction firm Siteserv and other transactions by the Irish Bank Resolution Corporation, formerly Anglo Irish Bank.

He announced the review in light of concerns raised recently regarding the IBRC's handling of the Siteserv transaction.

In March 2012, Siteserv was bought for €45m by Millington, a company controlled by businessman Denis O'Brien, after over €105m of its debts to Anglo Irish Bank were written off.

Mr O'Brien said jobs and revenues have doubled since they took over.

Speaking on RTÉ's News at One today, Mr Noonan defended the decision to have special liquidators carry out a review of the sale of Siteserv and 30 or so transactions related to the liquidation of Anglo Irish bank/IBRC.

The minister said he needed people who had special skills to probe the issues and that the special liquidators would review transactions where more than €10m was written off.

He said the liquidators would operate under two headings - first to establish whether there were any malpractices or criminal offences and secondly, to find how whether what happened in these transactions would be considered sound business practice.

He said the report had to be completed for 31 August and that he would give it to the Government.

He said the report would then be given to the Public Accounts Committee when the Dáil returns from the summer recess.

Finance had deep concerns about running of IBRC

Mr Noonan said they had experiences with relationships with AIB and Bank of Ireland which ran smoothly, but this relationship did not, and it put him in a position that he was unsure of the information he gave in reply to parliamentary questions and Dáil debates.

Mr Noonan said he was not saying anything improper was done in IBRC, but from the Government's point of view the relationship with the IBRC was not satisfactory.

He said the special liquidators had agreed to make themselves available to the PAC to answer any questions they might have.

Mr Noonan said his other alternatives would be some kind of tribunal of inquiry which could last many years.

Plans for a special liquidator review has been widely rejected by Opposition.

Mr Fleming, who is also a member of the PAC, said it was now clear now that the minister had drawn up the terms of reference in secret.

He said when the liquidators come before the PAC and are answering questions, they will say "well those issues weren't in our terms of reference".

She said she had no reason to question the expertise or the experience of the liquidators, but she said they were a party to this controversy.

She said the full facts need to be established and that can only be done by an independent commission of investigation.

Ruth Coppinger said: “The ongoing developments around IBRC, Siteserv and today Alan Dukes really pose serious issues for the Government parties and in particular Minister Noonan and the Tánaiste.

“Alan Dukes’ interview and anger today are nothing more than a self-serving response to the Government’s attempt to lay the blame for these events at his and Mike Ainsley’s door. It does mean that we have two competing and contradictory narratives”, she added.

The review by special liquidators KPMG will examine 40 transactions concluded by IBRC before February 2013.

KPMG had an involvement in one of these transactions, Siteserv, however, it acted for the company not IBRC.

It is understood the special liquidators will introduce appropriate controls to ensure no conflict of interest arises in relation to its review of the Siteserv transaction.

The man who oversaw the sale of Siteserv, Walter Hobbs, maintains the deal represented the best overall value. 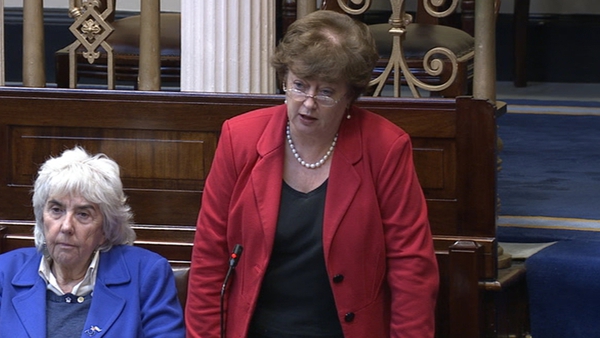