Queen’s University has faced criticism for cancelling a planned conference on the Charlie Hebdo killings.

The university had been due to host a symposium in June on the fallout from the January attack on the satirical magazine in Paris and its implications for free speech.

But delegates have now been told the event has been cancelled.

Professor Max Silverman from Leeds University, who was due to speak at the symposium, criticised the decision to cancel.

"This was an academic conference and the ironic thing is of course it's got far more publicity now than it would ever have got if it had gone ahead," he said.

He added: "If you are going to censor those sort of debates taking place then I think that's a worrying sign."

Twelve people were killed when brothers Said and Cherif Kouachi opened fire at the Paris magazine's offices in January.

Five others died in the city in related attacks over the following two days.

In a statement, Queen's said the decision to cancel was because a risk assessment had not been completed.

A spokeswoman said the issue was not related to "academic freedom".

"As part of managing the health and safety of the institution, it is a requirement for all major events to have a full risk assessment completed prior to them going ahead on the campus," she said.

"Unfortunately, the proposed symposium organised by the Institute for Collaborative Research in the Humanities did not have a completed risk assessment and as a result the institute has cancelled the event.

Dr Brian Klug, from Oxford University, was also scheduled to be a keynote speaker at the event.

He praised the Queen's University faculty which organised the conference and accused the institution's authorities of "undermining" its academics.

"The public reaction to the Charlie Hebdo affair quite understandably was a mixture of fear and confusion and the point of this conference was to try to think through the issues that were raised, which seems to me to be very much the proper role of a university - I think it's part of its social responsibility," he said.

"It worries me that a decision like that should be taken because it feeds the fear that this conference was to try to dispel by careful, thoughtful analysis." 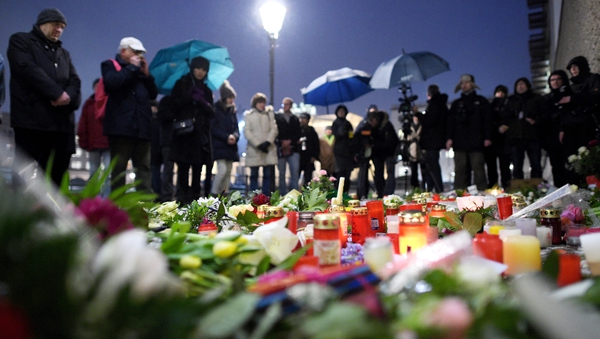