A cyclonic storm lashing Australia's east coast for a third day has been declared a catastrophe.

It destroyed houses, cut power to more than 200,000 homes and caused millions of dollars of damage in Sydney and other cities.

The Bureau of Meteorology warned that a second storm cell was gathering at sea north of Sydney, with gale force winds of up to 100km/h and heavy winds hitting the coast.

Several international flights to and from Sydney Airport were diverted, while the port of Newcastle, the world's biggest coal export port, was closed. 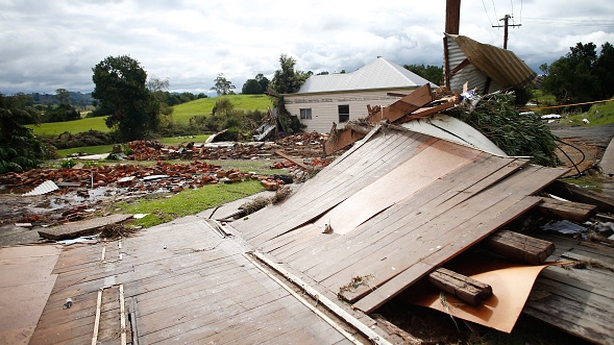 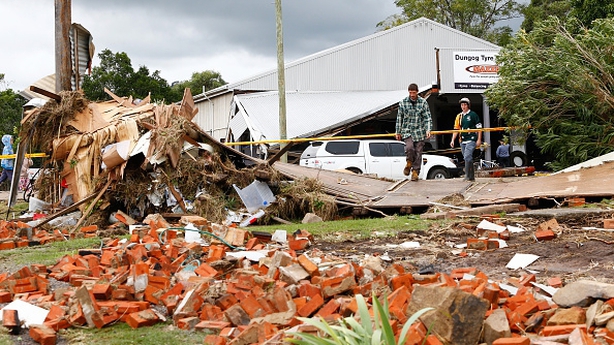 "We still have some difficult hours ahead of us as this weather pattern continues to move through," New South Wales state premier Mike Baird told reporters.

"It's still very dangerous," he said. "We're seeing a continuation of the wind, rain, flash flooding."

Three people, two men and a woman, were found dead today in the town of Dungog, about 200km north of Sydney.

Media reports described them as elderly and said they were trapped in their homes as flood waters rose.

The State Emergency Services said three people were missing near the town of Maitland, around 165km north of Sydney, after their cars were washed away by flood waters.

Amateur video showed a house in Dungog floating away as floodwaters swept through the town.

The Insurance Council of Australia declared the storms a catastrophe, as thousands of claims worth hundreds of millions of dollars rolled in. 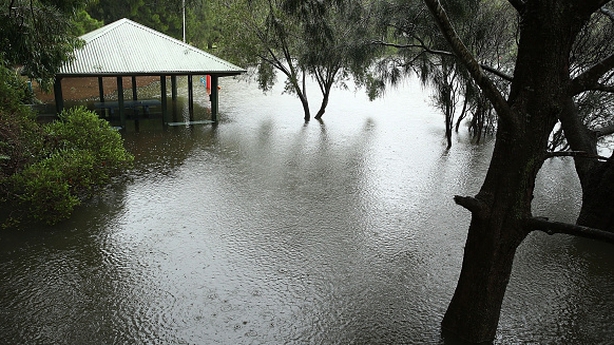 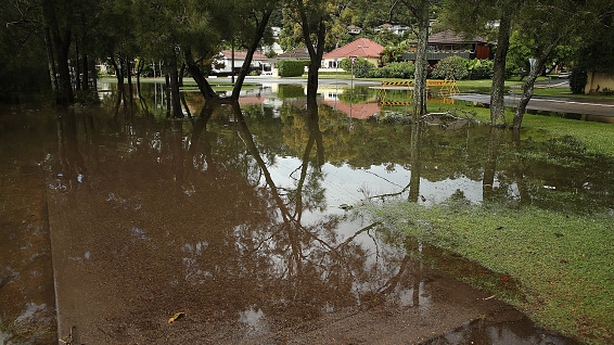 "There's no doubt there will be a natural disaster declaration ... and obviously we want to get on with the job of recovery as quickly as we possibly can," Mr Baird said.

Cyclone-strength winds of up to 135km/h and heavy rain across the state have uprooted trees, some crushing cars, and snapped power poles. 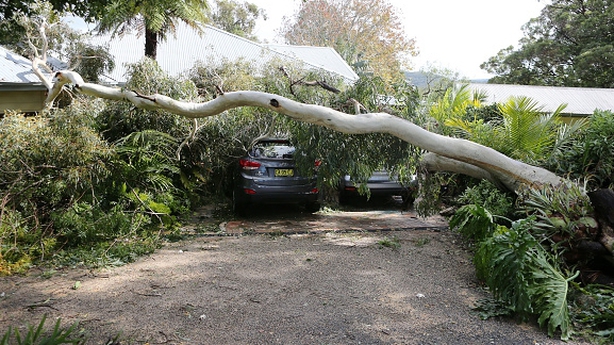 Transport networks have been hit, with train stations and roads flooded and traffic lights knocked out.

Three hospitals were without power and had to rely on generators and hundreds of schools were closed.