The White House has condemned the reported execution of 30 Ethiopian Christians in Libya as "brutal mass murder," following a video released by so-called Islamic State militants claiming the killings.

The 29-minute video purports to show militants holding two groups of captives, described in text captions as "followers of the cross from the enemy Ethiopian Church".

A masked fighter in black brandishing a pistol makes a statement threatening Christians if they do not convert to Islam.

The US government decried the killings and called for stability in Libya, which has been mired in political chaos and unrest since the 2011 uprising that toppled former leader Muammar Gaddafi.

"This atrocity once again underscores the urgent need for a political resolution to the conflict in Libya to empower a unified Libyan rejection of terrorist groups."

Ms Meehan slammed faith-based killings and said the United States would fight back against "dehumanising acts of terror".

"That these terrorists killed these men solely because of their faith lays bare the terrorists' vicious, senseless brutality," she said.

"People across all faiths will remain united in the face of the terrorists' barbarity. The United States stands with them."

Ethiopia also condemned the reported killings and said its embassy in Egypt was trying to verify the video to ascertain if those murdered were indeed Ethiopians.

Several Libyan jihadist groups have pledged allegiance to the Islamic State group since the country's descent into turmoil.

Since the 2011 revolt, Libya has been awash with weapons and is on the edge of all-out war as armed groups battle to control its cities and oil wealth. 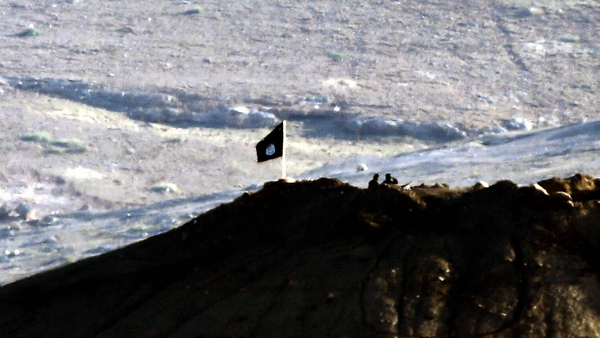