Residents of Calais in France have staged a solemn march in memory of a nine-year-old girl who was kidnapped from a playground in front of her mother before being raped and murdered.

The mayor of Calais, the mother Chloe as well as other relatives took part in the march. 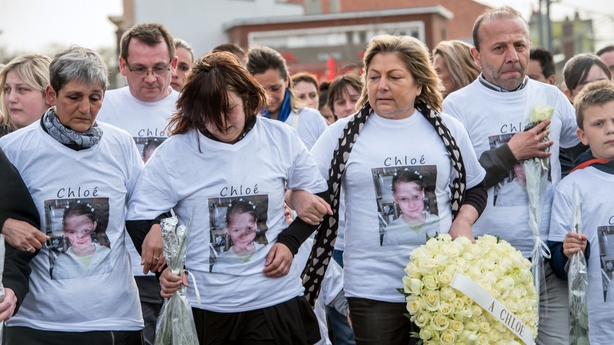 A Polish man has confessed to the crime that took place in the northern French city yesterday.

Flags flew at half mast as details emerged about how the girl, named Chloe, was kidnapped, raped and strangled in an hour and a half.

The man, whose criminal past had seen him banned from French territory, confessed to the crime after being arrested on Wednesday night near the woods where the girl's naked body was found.

Chloe was playing with a friend yesterday afternoon when a man "appeared and grabbed her, forcing her to get into a red car," prosecutors said in a statement.

Her mother, who was present with her two other children, burst into panicked screams as the man, described by witnesses as bald and wearing sunglasses, shoved Chloe into his car.

Police were alerted to the kidnapping at 3.30pm local time and search teams were dispatched, one of which made the discovery of the murdered child at 5pm. 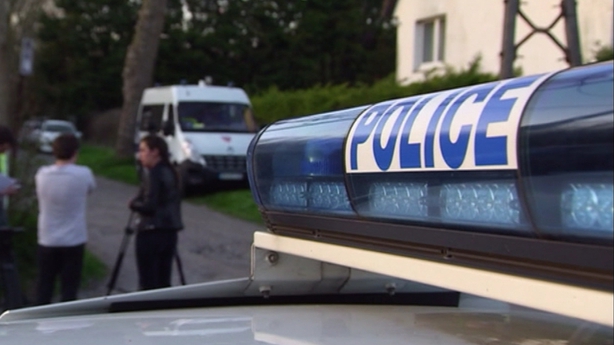 Nearby, police found the red vehicle with Polish number plates, and the driver, heavily under the influence of alcohol, was arrested not far from the scene shortly thereafter.

The man was banned from French territory after being released from prison where he had served time for robbery, and was handed over to Polish authorities in March 2014 after a Europe-wide arrest warrant was issued in his name, said Mr Valensi.

He added that the man had arrived back in France yesterday morning and was planning to head to England where his sister lived.

French Prime Minister Manuel Valls called for light to be shed on the suspect's history, saying the family and community were "deeply shocked" by the murder.

"It is up to the legal system now to carry out the investigation and what we owe to the family is the whole truth," he said.

The French city of Calais is in mourning after the killing of the girl described as "cheerful and full of life".