A senior US official has said President Barack Obama will make his decision in the coming days, on whether or not to remove Cuba from the US list of state sponsors of terrorism.

The official was speaking after President Obama held a formal meeting with the Cuban President Raul Castro, while both were attending the Summit of Americas in Panama.

Describing their private meeting as "historic," President Obama said the two countries can end the antagonism of the Cold War era.

However, he said he would continue to pressure the communist-led country on democracy and human rights.

"We are now in a position to move on a path toward the future," President Obama told President Castro.

The two men agreed in December to move to normalize relations, including seeking to restore diplomatic ties that were broken off by Washington in 1961.

President Obama said he decided to overturn longstanding US policy on Cuba because the old approach of open hostility and economic sanctions had failed to force through major changes on the island and it was time to try something new.

Since then, he has relaxed some restrictions on travel and trade with Cuba.

President Castro said he would continue to take steps toward normalizing relations with Washington, and was open to discussing human rights and other issues.

"So we are willing to discuss everything, but we need to be patient, very patient. Some things we will agree on; others we will disagree," said the 83-year-old leader, who took over as president of Cuba in 2008 when his older brother, Fidel Castro, stepped aside because of ill health.

President Castro has already undertaken some reforms to try to strengthen Cuba's economy, but he is moving cautiously and he has made clear that he has no intention of allowing an end to communist rule.

The last time the leaders of the two countries held a substantive meeting was in 1956, when Dwight Eisenhower was US president and Fulgencio Batista was the US-backed dictator in power in Havana. That meeting was also in Panama.

The Castro brothers toppled Batista in a revolution on 1 January, 1959 and relations between the United States and Cuba quickly deteriorated.

Fidel Castro became a Cold War ally of the Soviet Union and the rivalries took the world to the brink of a nuclear war during the Cuban Missile Crisis in October, 1962. 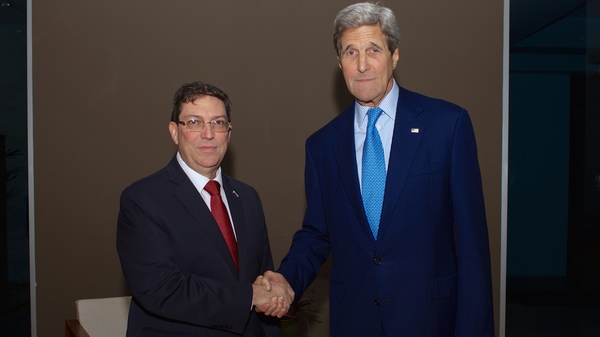 Obama and Castro to share stage at Summit of the Americas