Dogs have been found to have 98% reliability rate in sniffing out prostate cancer in men, according to newly-published research.

The Italian study backs up tests carried out by the charity Medical Detection Dogs, which is based in Buckinghamshire.

Its co-founder Dr Claire Guest said its own research had found a 93% reliability rate when detecting bladder and prostate cancer, describing the new findings as "spectacular".

The latest research, by the Department of Urology at the Humanitas Clinical and Research Centre in Milan, involved two German shepherds sniffing the urine of 900 men - 360 with prostate cancer and 540 without.

They said the dogs are able to detect prostate cancer specific volatile organic compounds in the urine but said an important question remains of how a dog would find it in daily practice.

Prostate cancer is the most common cancer in men in the UK, with more than 40,000 new cases diagnosed every year. 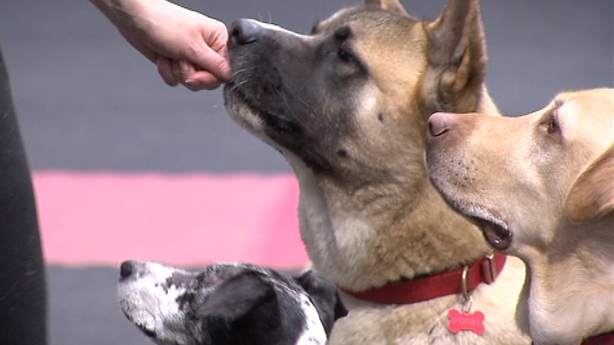 Dr Guest said: "These results are spectacular. They offer us further proof that dogs have the ability to detect human cancer.

"It is particularly exciting that we have such a high success rate in the detection of prostate cancer, for which the existing tests are woefully inadequate."

She said there is currently a "reluctance to embrace this tested, time-old technology" but dogs can pick up a scent in a dilution of one to a thousand parts.

There is no single test for prostate cancer, but the most commonly used are blood tests, a physical examination or a biopsy.

"Over the years, millions of pounds of NHS funding has been poured into the traditional test methods, and yet there has been little improvement in their reliability," Dr Guest added.

"This has caused a huge waste of resources, not to mention the distress to the impacted individuals.

"Moreover, the detection dogs provide alternative solution that yields consistently accurate results. If our detection dogs were a machine, there would be huge demand for them."

Medical Detection Dogs, which is based in Milton Keynes, trains specialist canines to detect the odour of human disease.

The research is published in the Journal Of Urology.