The Health Service Executive has said no employee of the mental health services in Cork has been suspended from duty.

In a statement this evening the HSE said an employee is due to return to work having been placed off-duty with pay following "an issue that arose between the employee and nurse management."

The statement added the employee has been scheduled to return to work.

Des McSweeney, who is a nurse in South Lee Mental Health Services, was placed off-duty after speaking to the media about his concerns regarding a new psychiatric unit at Cork University Hospital.

Mr McSweeney received a letter from the Health Service Executive on 31 March telling him he had been placed off-duty with pay pending a formal meeting.

He was advised of HSE policy on communications and the expected standard of behaviour and conduct.

Following a subsequent meeting on 2 April, Mr McSweeney was advised in a letter from the HSE that: "It is the position of management that your recent behaviour and conduct is inconsistent with your contract of employment with the HSE."

Mr McSweeney has not been in work since 30 March, pending a review of the matter.

Speaking on RTÉ’s Six One News this evening General Secretary of the Psychiatric Nurses Association, Des Kavanagh, described the behaviour of the HSE as 'inappropriate and intimidatory'.

In a statement this evening the HSE said that no employee of the mental health services in Cork has been 'suspended' from duty, and that a process was underway to resolve an issue that arose between an employee and nurse management.

In an interview on RTÉ's Morning Ireland this morning, Mr McSweeney criticised the proposed staffing levels and layout of the unit, which psychiatric nurses have refused to transfer to.

The €15 million acute unit has yet to open.

"I have been muzzled, you're frightened to speak out" - psychiatric nurse, Des McSweeney speaking to @franmcnulty

Speaking on RTÉ's Morning Ireland today, Minister for Health Leo Varadkar said it was the first he had heard of the case.

Mr Varadkar said he would be happy to respond when he knew the facts. 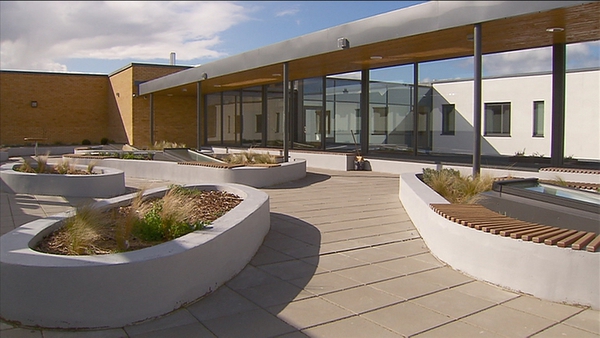