The UN Security Council has demanded access for life-saving humanitarian aid to reach refugees trapped in Syria's Yarmouk camp after it was partly seized by the Islamic State militant group.

Videos showing the apparent destruction of the camp have been posted on social media by the group.

Hundreds of families have been evacuated since the offensive was launched on 1 April.

The 15-member council called "for the protection of civilians in the camp for ensuring a humanitarian access to the area including by providing life-saving assistance," said Jordan's Ambassador Dina Kawar, who chairs the council this month.

Ms Kawar told reporters after a closed-door council meeting that there was deep concern over the "grave situation" for the 18,000 refugees in the camp.

She demanded safe passage for the evacuation of civilians.

The council is ready to consider "further measures to provide necessary assistance," said Ms Kawar, but she did not provide details.

The council received a report from Pierre Krahenbuhl, of the Palestinian UNRWA relief agency, who described the situation in the camp as "more desperate than ever".

Mr Krahenbuhl told reporters that he appealed to countries with influence in Syria to act "for civilian lives to be spared and for humanitarian access to be given".

The UNRWA chief said he was unable to verify that IS had carried out beheadings in the camp.

Militants from IS first attacked the camp, just 7km from central Damascus, on Wednesday.

The camp is encircled by government forces and was under a tight siege for more than a year.

The UNRWA chief said refugees were living on rations of around 400 calories per day, well below the minimum average of 2,000 set by the World Health Organization. 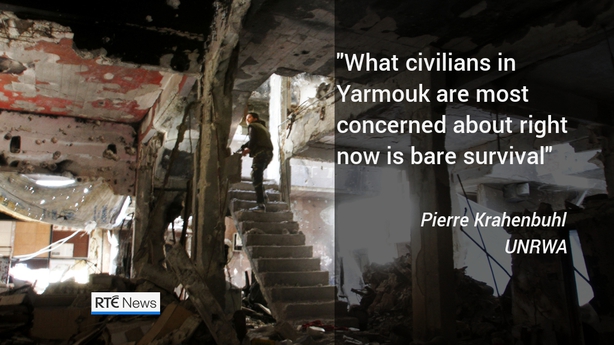 Palestinian refugees who leave Yarmouk will face relocation to some other area of Syria, Mr Krahenbuhl said. 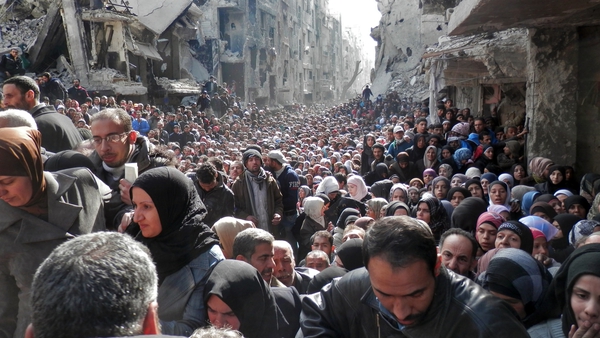