The owner of the Lusitania has accused the Government of abandoning the wreck to pirates and treasure hunters after stringent rules on diving affected his plans for recovery.

US entrepreneur Gregg Bemis said conditions imposed on his efforts to save valuable and historically important artefacts from the wreck, which is located off the Old Head of Kinsale in Cork, were "spiteful".

The Cunard vessel was torpedoed on 7 May 1915 by a German U-boat en route from New York to Liverpool and sank with the loss of 1,201 lives.

Mr Bemis, 87, has spent decades trying to confirm a theory that the sinking - 18 minutes compared to two hours and 40 minutes for the Titanic - was hastened by a second explosion caused by a secret cache of munitions destined for Britain's war effort.

"The Government officials are so glib and innocent sounding like they walk on water, but they add all these restrictions on and throw them at me so they interfere and impede," he said.

One of the conditions is that Mr Bemis indemnifies the State against any incidents or injury if he organises a dive on the wreck.

"The people of Ireland are being deprived of an opportunity to share in a very historic event and to share in the income to be derived from this - a substantial tourist attraction could be developed that will go on for years," Mr Bemis said.

In a statement, a Government spokesperson said: "The conditions attached to Mr Bemis' licence are no more onerous than is absolutely necessary to protect a wreck of this global significance.

"It is also the final resting place of over 1,000 individuals who lost their lives during the tragic event of May 1915 and therefore deserves due respect as the grave site of those unfortunate passengers."

The businessman from New Mexico bought the wreck in the 1960s and now claims diving on the site could leave him open to claims from descendants of the dead for the desecration of graves.

As the centenary of the sinking approaches, Mr Bemis sought permission to recover the double-faced bridge telegraph, which potentially records the last instruction from Captain William Thomas Turner to the engine room after the torpedo strike.

It may confirm another theory that an order for full steam ahead may have hastened the Lusitania's demise as water rushed in where it was holed.

Other items being sought are the triple chime steam whistle, known as the voice of the ship, which marked the ill-fated departure from New York, the captain's safe and silver spoons made to celebrate the war career of Lord Kitchener.

Of 18,000 wrecks lying in seas around Ireland, the Lusitania is the only one with a ministerial order declaring it of cultural and historical significance.

It was placed amid claims that art collector Sir Hugh Lane brought valuable paintings on board including works by Rubens.

"The order has a purpose for the State. It also provides me with the supposed opportunity to do my research without being inhibited by a bunch coming and pirating stuff from the ship," Mr Bemis said.

"Piracy is obviously something of a concern, treasure hunters, and it's something that can happen.

"Ireland and Britain have an equal interest in not having that happen. We have no idea how much of that has gone on."

"We've been banging our heads off the wall for years and not getting anywhere with the officials. It's now the right time for the wider audience to hear about this," he said.

Built in the Clyde shipyards, RMS Lusitania was the jewel in the Cunard crown and the fastest ship on the Atlantic having taken the Blue Riband in 1907.

Most of the dead were British, although 114 Americans were also killed, and the sinking is widely considered to be one of the reasons the US joined the fight against Germany in World War I in 1917.

Mr Bemis, who is travelling to Ireland next month for the centenary, spent 50 years trying to find how the ship sank so quickly but rejects recent research which found no evidence of a secret munitions cargo.

He added: "I'm trying to find out what caused the second explosion properly.

"It's my property. I bought it. I invested in it. Is it wrong for me to want to recover it? 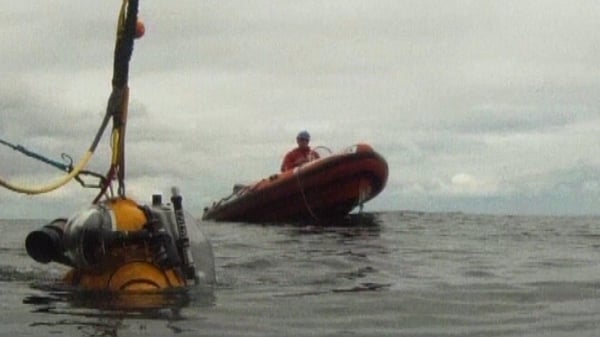