Tens of thousands of people gathered in the centre of Dublin today where O'Connell Street was pedestrianised for RTÉ's 'Road to the Rising' commemoration.

A mobile cinema, a steam train and a vintage carousel were among more than 60 attractions. 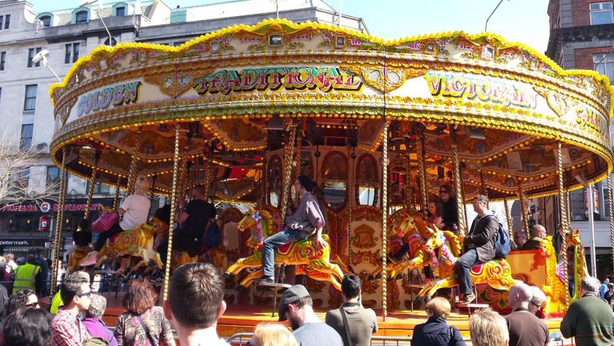 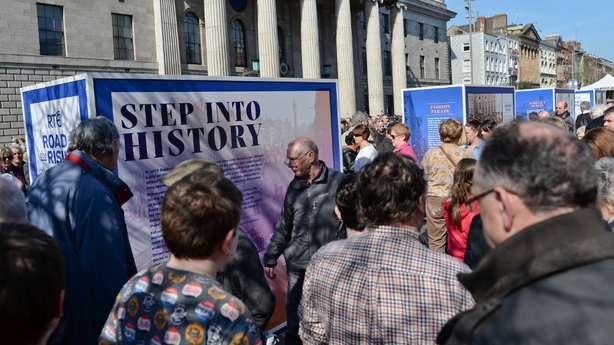 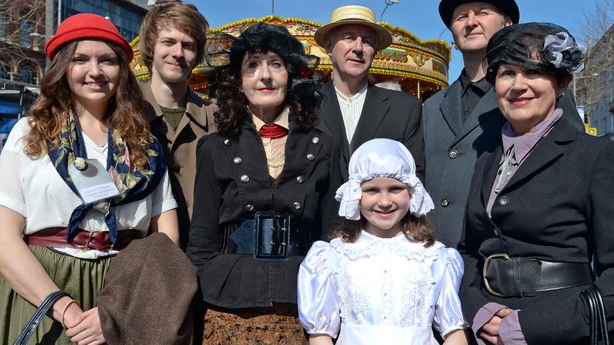 The 'Road to the Rising' - organised in partnership with An Post, Dublin City Council and the Department of Arts Heritage and the Gaeltacht - reflects the lives of all Dubliners - rich and poor - and the small determined group that was plotting rebellion. 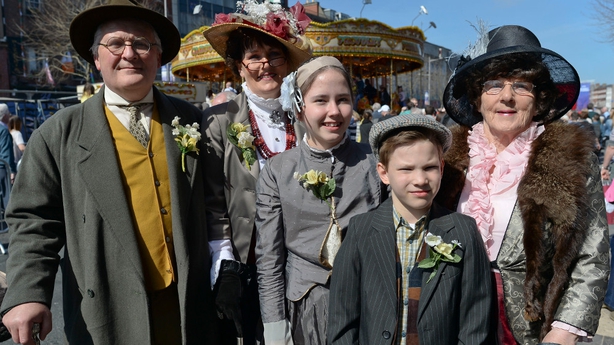 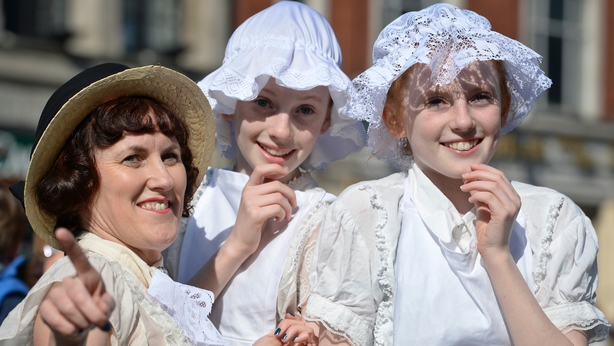 Dublin is buzzing today with the great weather and The Road to the Rising activities pic.twitter.com/RXIiQV8oaa

Send your photos of the event to yourphotos@rte.ie 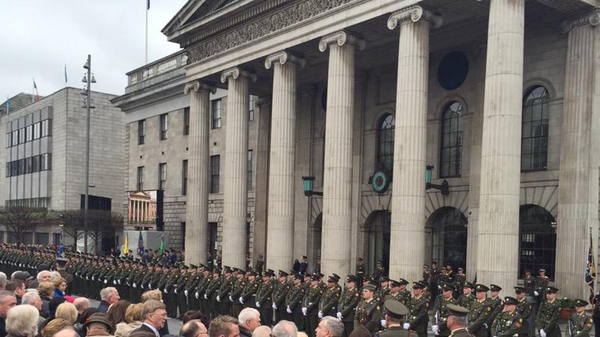 Rising marked in military ceremony ahead of centenary next year