Elderly people who need long-term care could be asked to contribute considerably more to cover the cost of massive nursing home bills.

The options to take a bigger slice of the income and assets of the elderly are set out in a major review of the Fair Deal scheme which was recently delivered to the Department of Health and the HSE.

The review has yet to be published, but details on the financial sustainability of the scheme were revealed on RTÉ’s Prime Time.

According to Prime Time, the review includes a menu of options on how the scheme could be funded in the long term.

One of the options is that the level of State support could increase to cover the effect of demographic change.

However, the vast majority of the options set out would see residents and their families contributing considerably more than they do at present for nursing home care.

The review says the Government could decrease this figure to cut the amount of State support.

The amount of assets such as savings and properties that currently have to be contributed under the scheme is capped at 7.5%.

The review states that this could be increased to 10%.

Those availing of the scheme are currently required to contribute 7.5% of the value of their family home each year for a maximum of three years.

The review says this three year cap could be reconsidered.

As it stands people are asked to contribute 80% of their income.

The review states that consideration could be given to increasing this level for those with incomes in excess of the State old age pension.

The review also says that the Government could consider amending the law to allow for Fair Deal charges to be attached to earnings or deducted at source from pensions.

The review deals with how community care should be funded in the long term.

At the moment there is no formal means of deciding what families should contribute to home care packages.

Also, in what is likely to be a very controversial proposal, the review says the Government could consider whether older people should contribute to the cost of community services through a charge on their estate after their death. 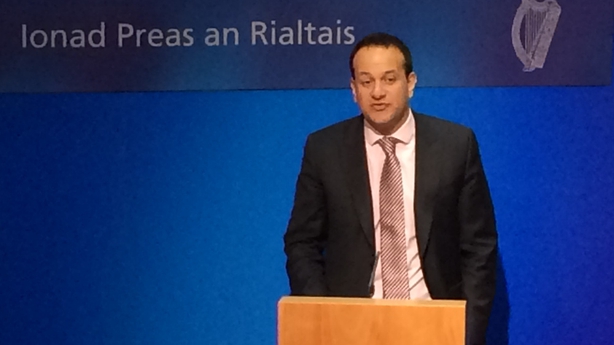 Leo Varadkar told RTÉ’s Drivetime more nurses, doctors and consultants are needed, but that maximum productivity and results must to be achieved with current personnel.

The Government is allocating €74 million to try to deal with hospital overcrowding.

Of that figure, €44m has been allocated to provide 1,600 extra nursing home places under the Fair Deal scheme.

A further €30m is to provide temporary beds until June and extra community, convalescence and district hospital beds on a permanent basis.

Mr Varadkar said the Government has set a target of having no more than 70 people on a trolley for more than nine hours by the end of the year.

"I am challenging every hospital manager, every head of department, every consultant to demonstrate that they are making the best use of what they have before they ask for more and that is the way it has to be from now on. You do not have a case for more resources until you demonstrate to me that you are using the resources that you already have to best effect" he said.

In connection with the Fair Deal scheme, the Minister said the maximum waiting time for patients to secure a place will be four weeks.

Mr Varadkar said that the cap on Fair Deal no longer exists, but that it is better and cheaper for people to avail of home-care packages.

The funding announcement was made as the Emergency Department Task Force plan was published.

The new measures will take around eight weeks to fully implement.

Around 260 community care beds will be made available around Ireland, with around 60 already open.

Funding for overcrowding 'does not go far enough'

Meanwhile, the President of the Irish Hospitals and Consultants Association, Gerard Crotty, said the extra resources are not enough to combat the problem in the health service.

He said acute services are under resourced as we have the smallest number of consultants of any OECD country along with a low number of acute hospital beds.

"We very much welcome the extra resources to deal with patients who are in delayed discharges and transitional beds but the acute services itself is under resourced," he said. 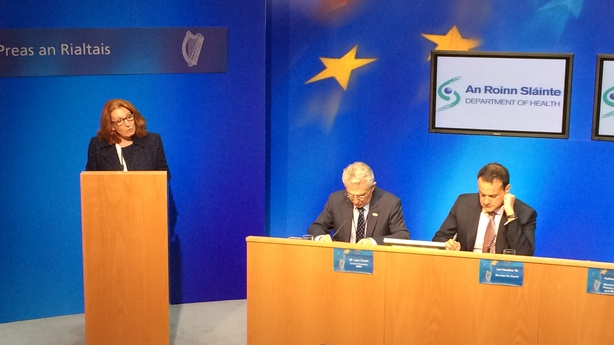 Mr Varadkar said overcrowding had eased since January but it remains higher than at this point last year.

He said delayed discharges had fallen to over 700 from a peak of 850.

He said the measures will have a noticeable and measurable impact on trolleys, overcrowding and delayed discharges.

But he said it will not resolve problems in all hospitals.

He said some of the problems require better management and efficiency.

The minister said he was not complacent enough to think that the plan will get the health service through next winter and that structural reforms were also needed.

He said he would be looking for the extra funding to be included in the health budget for 2016.

The IHCA said the targets in the plan are not enough.

The association said there was a need to deal with insufficient capacity and underfunding.

There are 405 patients on trolleys or on wards today waiting for admission to a bed.

The worst affected hospital is Beaumont with 41 patients waiting.

General Secretary of the Irish Nurses & Midwives' Organisation Liam Doran said everything was now down to implementation of the Task Force report. 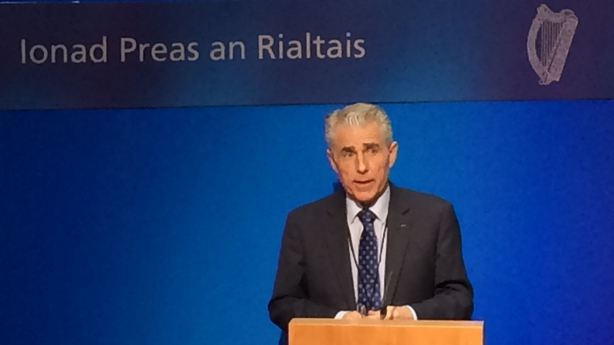 As joint-chair of the group, he said not everyone was happy with the plan.

He added the key issues were to deal with capacity, work practices and the potential in the document, if actioned and funded. 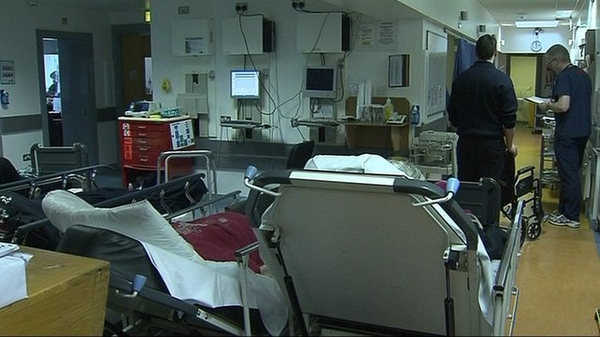