Fianna Fáil's Seán Ó Fearghaíl has said phrases such as pathetic and juvenile were not used by party leader Micheál Martin to describe some dissenting TDs.

He said Mr Martin was forceful and passionate at yesterday's meeting of the Fianna Fáil front bench, calling for unity, hard work and cohesion.

Mr Ó Fearghaíl, who took the minutes of the meeting, also said the membership were demanding this from the parliamentary party.

Earlier reports from an unnamed source said Mr Martin accused some of his TDs of having a "pathetic and juvenile" lack of discipline at the meeting.

Speaking to RTÉ’s Morning Ireland, the source said Mr Martin had gone further and said that dissent would not be tolerated.

The source, who was at the meeting and supports Mr Martin, said the comments expressed a direct view that if dissenters did not stop their negative comments, their place on the front bench was under threat.

Mr Ó Cuív was quoted in last weekend's Sunday Independent as warning the party founded by his grandfather was facing "demise" and said there was an "absolute collapse in self-belief".

Mr McGuinness meanwhile has indicated an interest in taking over the leadership.

Asked if Mr Martin was attributing recent poor poll results to the negative comments from Mr McGuinness and Mr Ó Cuív, the source said he was.

Fianna Fáil TD Willie O'Dea said he agrees with Mr Martin that Fianna Fáil needs to unite and present itself as a cohesive party.

Speaking on RTÉ’s News At One, he said that in order for Fianna Fáil to maximise its chances in the next general election, it needs to work together, but at the moment that does not appear to be the case.

Mr O'Dea said there are dissenting voices but he did not think there is a general air of disillusionment within the party.

He also said that he does not believe that certain things should be said in public, even if members genuinely feel it.

He added that there is no leadership contest and that Mr Martin will be the leader going into the next general election. 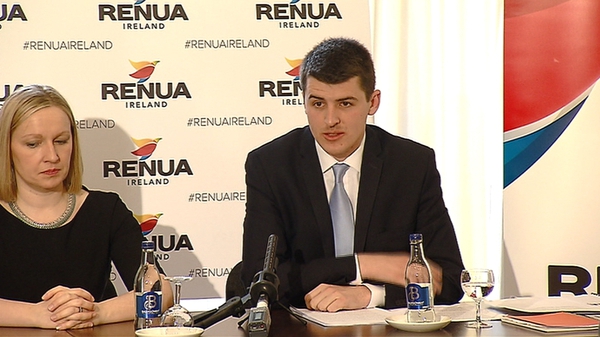