Syrian government forces apparently executed at least 15 prisoners in the city of Idlib before militants from the self-style Islamist State group overran the provincial capital.

The Syrian Observatory for Human Rights said the bodies of at least 15 detainees had been found after the northwestern city was taken by a coalition of forces including Al-Qaeda's Syrian affiliate Al-Nusra Front.

The Britis-based group earlier reported the discovery of at least nine bodies believed to be prisoners executed by regime forces before they withdrew from the city.

Al-Nusra released a video on Twitter showing fighters from the group discovering the bodies in a prison in Idlib.

The discovery came after a coalition of Islamist fighters seized full control of Idlib yesterday, on the fifth day of fighting for the city.

The grouping, known as the Army of Conquest, brings together jihadists from Al-Nusra with Islamist allies including the powerful Ahrar al-Sham organisation.

The capture of Idlib makes the city only the second provincial capital in Syria to have fallen from regime control, after the March 2013 loss of Raqa city.

Raqa was captured by various rebel groups that were subsequently ousted from the city by the Islamic State jihadist group.

IS has since made the city the de facto Syrian headquarters of the Islamic caliphate it has declared in territory under its control in Syria and Iraq.

With Idlib's capture, Al-Nusra and its allies control most of the northwestern province, though regime forces maintain a presence in two additional cities, as well as the Abu Duhur military airport and several military bases in the region.

Last November, Al-Nusra and allied forces ousted a series of Western-backed rebel groups from Idlib after announcing plans to establish an Islamic emirate that analysts say is intended to rival IS's caliphate.

The city's capture was welcomed by the main opposition National Coalition, which said it represented "an important victory on the road to the full liberation of Syrian territory".

Without making reference to the composition of the forces that captured Idlib, the Coalition said it had "confidence" that they would protect civilians and abide by international law.

It said Idlib's capture only reinforced the need for international action to defend against regime aerial attacks.

One of the staff members is in a critical condition while the other will require extensive reconstructive surgery.

A third Syrian staff member was also injured, although their injuries are not understood to be life-threatening.

GOAL CEO, Barry Andrews said: "Our thoughts and sympathies are with the families and friends of our colleagues. 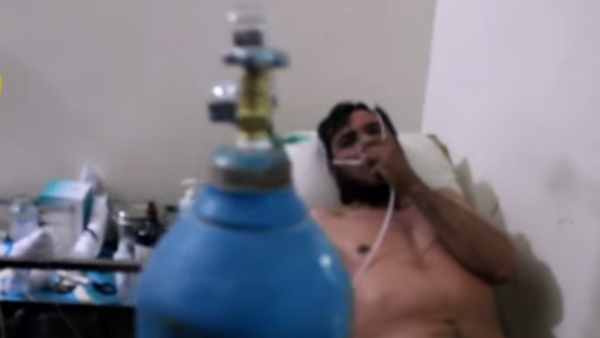