Scotland Yard confirmed it was examining allegations made on Wednesday, when Mr Hall confirmed Mr Clarkson's contract would not be renewed at the end of March after he hit a producer.

"Police in Westminster (central London) are investigating an allegation of threats to kill. The allegation was reported to police on Wednesday," a spokesman said.

"Inquiries continue. No arrests have been made", he added.

The Mail on Sunday newspaper said Mr Hall's home had been under 24-hour guard since the threat was received.

More than a million people have signed a petition calling for Mr Clarkson to be reinstated.

His contract was not renewed after an internal BBC investigation found he physically attacked Top Gear producer Oisin Tymon following a lengthy verbal tirade, reportedly because the presenter was annoyed at a lack of hot food after a day's filming.

The outspoken presenter, 54, flagged the incident to the BBC after Mr Tymon took himself to hospital.

Mr Clarkson's departure will have financial implications for the BBC, as its commercial arm BBC Worldwide earns around €70m a year from the show. 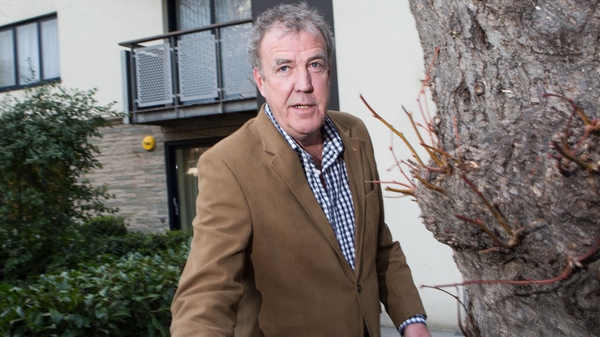