The German aviation association BDL has said that it wants to introduce a two-person cockpit rule similar to the one implemented by many airlines, including Aer Lingus and Ryanair.

BDL announced the plan after it emerged that the co-pilot on a Germanwings flight deliberately crashed after being left alone.

The announcement was made by the federation's chief Matthias von Randow, a BDL spokeswoman told AFP.

Both Irish airlines confirmed it is standard operating procedure on all its aircraft for a member of cabin crew to enter the cockpit if a pilot exits.

Aer Lingus said this has been in operation since sealed cockpits came into being and is required by the Irish Aviation Authority.

This means two people are on the flight deck at all times.

The cabin crew member will assist with opening the door if the remaining pilot were to become ill or an emergency was to occur.

The cabin crew member must be inside the flight deck before a pilot can exit.

In a statement, Ryanair said the airline "requires two people to be in the cockpit at all times. If a pilot needs to visit the bathroom the cabin crew supervisor is required to stand in the cockpit for these brief periods".

Earlier, the Irish Aviation Authority has said European regulations do not require a minimum of two persons to be in the cockpit at all times.

In a statement, IAA said it has approved procedures with Irish airlines to ensure that there are a minimum of two persons in the cockpit at all times during flight.

The purpose of this is to deal with circumstances where a member of the flight deck crew may become incapacitated or security related issues.

These procedures apply to all aircraft where EASA regulations require a locked cockpit door.

But it is understood that how it is implemented is up to each individual airline.

A retired Irish air accident investigator has also said there should be a regulation requiring two people to remain in the cockpit of a plane at all times when in flight, if the initial findings of the prosecutor heading the investigation into the passenger plane crash in France turn out to be accurate.

Former investigator Paddy Judge stressed that the investigation is still at a very early stage and the flight data recorder has yet to be found.

He said until such time as it has been found it was inappropriate to jump to conclusions.

However, in the event that it does turn out to be the case he believe there should be a regulation requiring two cabin crew to stay in the cockpit.

He said that regulations should be published by the European Union.

A former chief pilot with British Airways has said that, in his view, this incident could not have been pre-planned.

John Leahy told RTÉ's Six One News it was a short flight and that the co-pilot would not have known that the pilot was going to leave the flight-deck.

He said he believed having a cabin crew member on the flight-deck, when a pilot or first officer is absent will become mandatory by some airlines within days.

Canada this evening ordered its airlines to post two people at all times in cockpits of passenger planes. 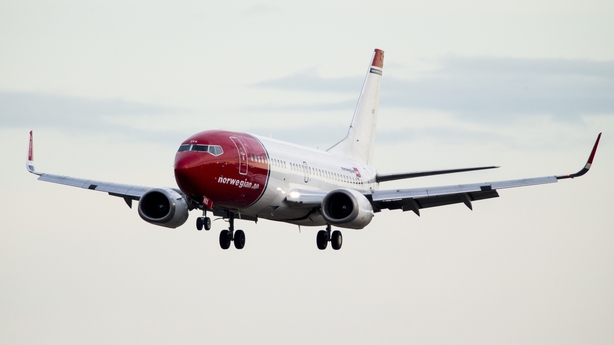 Low-cost carrier Norwegian Air Shuttle this afternoon said it will now require two people in the cockpit at all times for safety reasons.

"When one person leaves the cockpit, two people will now have to be there," Norwegian's flight operations director Thomas Hesthammer said.

The announcement came after French officials said the co-pilot of the doomed Germanwings flight that crashed Tuesday appeared to have locked the pilot out of the cockpit and deliberately crashed the plane.

Mr Hesthammer said Norwegian's new measure was expected to be enforced as of today.

"We have been discussing this for a long time but this development has accelerated things," he said.

The new measures have been presented to Norway's civil aviation authorities for approval.

Mr Hesthammer said current European regulations made no such requirements at the moment.

British airline EasyJet also said it would enforce the new policy.
"EasyJet can confirm that, with effect from tomorrow... it will change its procedure," the airline said in a statement.