The cost of renting a property in the private sector in Ireland rose in 2014 by an average of 5.8%.

The figures released by the Private Residential Tenancies Board, show the rise in Dublin rents is substantially above the national average at 9.6%.

Overall, tenants are now paying an average €104 extra a month to landlord.

The area which is most expensive to rent in is Dublin 2, which houses a large number of financial services and technology companies, with the average monthly rental for an apartment in the area €1,500.

Dublin 4 is the next most expensive area while Dublin 11 and 15 also had strong growth in rental costs.

Outside Dublin the picture is somewhat different in 2014, with house rental prices growing by more than apartments.

There were places where there were moderate decreases in the last three months of 2014, but there were increases in Cork by 3.2% and Galway by 3% in the same period.

Speaking on RTÉ's Morning Ireland, Anne Marie Caulfield of the PRTB said that rents were going up mainly because of supply reasons, with a dwindling number of suitable apartments and houses available to rent.

She said that around one third of all tenants were socially supported either through rent supplement or rental assistance. 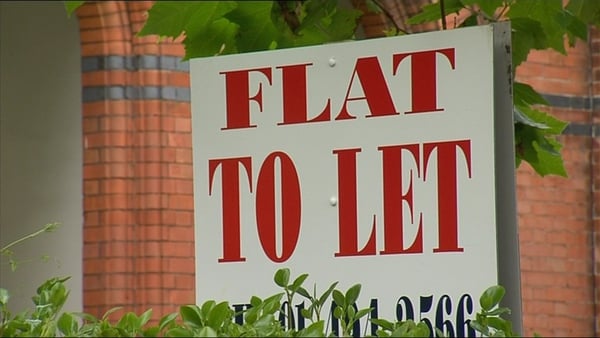