The Economic and Social Research Institute has said the economy is now growing so strongly that the budget deficit of about €7 billion could be virtually eliminated by next year - two years ahead of schedule.

It has said unemployment could fall to 8.5% next year.

But the ESRI is also critical of the Central Bank’s new mortgage lending rules, saying they will lead to less houses being built and could cause rents to move higher.

In its first Quarterly Economic Commentary of the year, the ESRI has said last year's strong economic growth should continue for the next two years.

It expects GNP growth of 4% this year and next, helped by exports, investment, and consumer spending, which it says will grow at twice the rate it did last year.

It says that while exports drove growth up until the middle of last year, domestic investment started to play a stronger role in economic growth.

This was supported by the first growth in consumer spending since the start of the recession.

Consumer spending grew by 1.1% last year, and the ESRI forecasts this to rise to 2% this year.

However, it will be constrained by the still high levels of household debt, by people prioritising debt repayment over consumptions, and by the still falling level of consumer credit from the banks.

Analysis: The dilemma of a better Budget

It estimates that 2% of the 5% growth in GDP last year was due to employment growth, with the remaining 3% due to productivity.

The ESRI says the strong growth in output, employment and spending will see a rapid improvement in the Government finances, with the deficit falling to 2.3% this year and just 0.3% next year from 3.7% last year.

This is a far sharper fall than expected, leaving the Government with more options for October’s budget.

The ESRI's forecast is based on a "fiscally neutral" stance, with the Government not raising taxes or spending.

The institute is also critical of the new Central Bank rules on mortgage lending, saying they have come too early in the housing recovery, and predicting that they will lead to fewer houses being built, and higher rental levels.

It says it supports the concept of restriction on the amount of mortgage credit being made available, but says its analysis suggests property is still somewhat undervalued - by around 10% at national level - relative to economic fundamentals, and that introducing the LTV and LTI limits now will act to depress expected house price rises.

This will, it says, also act as a disincentive to builders to build more units, as it will be less profitable to do so.

It estimates that both the supply of new units and house prices could be 4-5% lower than without the new mortgage rules.

The resulting supply shortage will lead to higher rental levels.

It cites US research showing a permanent increase in rental costs following the introduction of LTV limits.

The ESRI made a detailed submission to the Central Bank during its consultation on the new mortgage rules, arguing in favour of a system that linked credit conditions to the housing cycle - easing conditions when the market was weak, but tightening them as the market picked up.

This, the ESRI argued, would act as a counter-cyclical measure against the pattern of boom and bust in the property market.

It also questioned the rational for granting first-time buyers more liberal credit conditions, stating that international research finds that relaxed credit conditions mean more younger and poorer households taking on debt which they may not be able to service when the economy turns.

They also point to research in Ireland which found that first-time buyers are more likely to be in negative equity - thus they write "if the aim of the new regime is to prevent households from experiencing credit-related issues, it is unclear why the conditions should be less binding for first-time buyers". 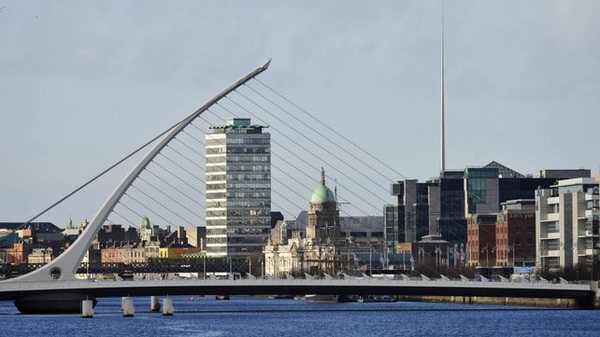