A HSE official has told the Oireachtas Health Committee that a financial penalty or withholding of income from the National Maternity Hospital would be considered, after a HSE report found it was not compliant with Government pay policy.

Ian Tegerdine, the HSE's interim National Director of Human Relations, said they hoped it would not reach that level.

He added that they would have to get a delicate balance between ensuring the hospital complies and also ensuring patient care.

Mr Tegerdine emphasised to the committee that the hospital's board had a responsibility.

He said there would be a process of escalation as they moved towards a financial penalty and the hospital's board would have to consider that in relation to safe patient care.

He could not say what the level of penalty that may be considered.

Mr Tegerdine also said they had not exhausted all attempts with the National Maternity Hospital.

The HSE report states that the National Maternity Hospital had indicated that three employees were “in receipt of remuneration not in line with department of health pay scales and contractual entitlement exists”.

The report also states that 'they have not provided the necessary documentation in support of this entitlement to the HSE, citing confidentiality reasons'.

Mr Tegerdine told the committee they have not seen their contracts and do not know if their remuneration was publicly funded.

HSE officials also told the committee that they cannot recoup the allowances paid to some employees in section 38 agencies that were not in line with the new public sector pay scales as the legislation was never intended for that.

Mr Tegerdine said it was inevitable that people would be attracted to positions in other sectors and he had anecdotal evidence that there was difficulty recruiting the right sort of talent due to public sector pay restrictions.

Deputy Mary Mitchell O'Connor raised the point that many hospitals were without a full time CEO.

After the meeting, the chair of the Oireachtas Health Committee Jerry Buttimer, said he would not rule out calling executives from the National Maternity Hospital before it. 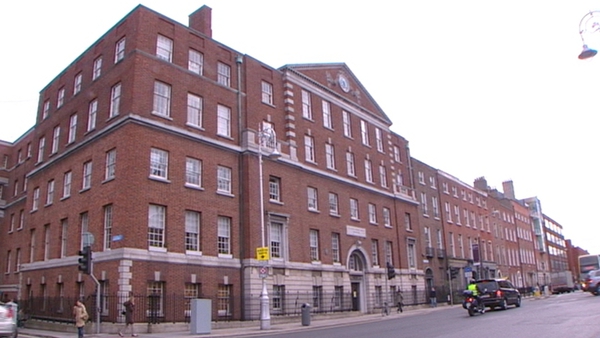