Virgin Atlantic has expressed concerns about the proposed sale of Aer Lingus to International Airlines Group.

The airline has written to members of the Oireachtas Transport Committee warning that the sale could have an adverse effect on airline tickets prices, quality of service and connectivity.

It is now going to inform the European Commission of its concerns about the impact any sale could have on competition.

A remedy package would have to be put in place to protect Irish consumers, the letter says.

But it claims "remedy packages provided by the European Commission have not always been substantial enough to protect consumers effectively, particularly in the long term."

The airline is worried that connecting flights it offers to Aer Lingus passengers to destinations such as Barbados, San Francisco, Vancouver and Hong Kong will not be protected.

Virgin Atlantic competes with British Airways on these routes.

It says long lasting commitments must be put in place to ensure that services operated between Ireland and the UK will continue to "feed Aer Lingus' current partner airlines."

Virgin is also worried there have only been minimal public commitments to maintain the current number of flights to the UK across the combined Aer Lingus and BA schedule.

On 10 March Minister for Transport Paschal Donohoe said the Government remains open to considering any improved proposals from IAG on the sale of Aer Lingus.

Speaking in the Dáil on that day, Mr Donohoe said the Government's inter-departmental steering group held a meeting at the beginning of March with representatives from IAG at their request, and further meetings are expected to be held.

The minister said any further consideration will be based on having greater clarity from IAG on the overall employment prospects, firm commitments on plans for growing Aer Lingus' transatlantic business and plans to grow Aer Lingus routes at Cork, Shannon and the Knock-Gatwick service. 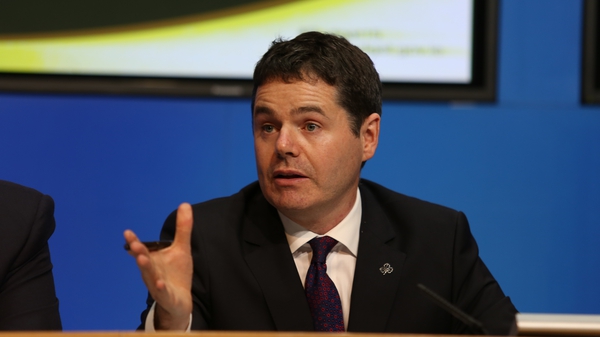 Government 'open to improved offer' from IAG for Aer Lingus