Anti-capitalist protesters clashed with riot police near the new headquarters of the European Central Bank in Frankfurt today.

They set fire to barricades and cars, casting a pall over the ceremonial opening of the billion-euro skyscraper.

About 94 police officers were injured by stones and tear gas flung by a violent minority from within the 3,500 protesters, police said.

Rally organisers said there were 7,000 protesters, more than 100 of whom were injured by police.

Seven police cars were set on fire, streets were blocked by burning stacks of tyres and rubbish bins, and shops were damaged in the city centre.

Dark smoke billowed in front of the 185-metre high ECB towers and over Frankfurt.

Police used water cannon to try to make a path through the mass of black-clad protesters to the entrance of the building, blocked off from the street by barricades.

A total of 550 protesters were detained. 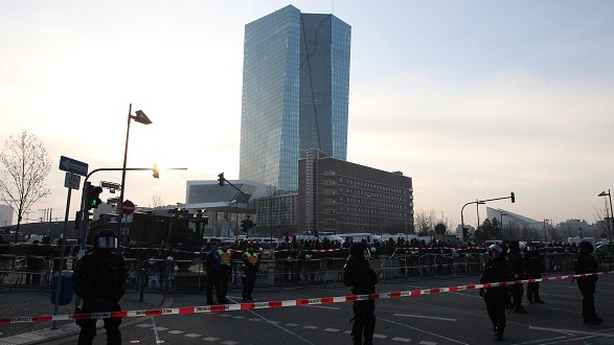 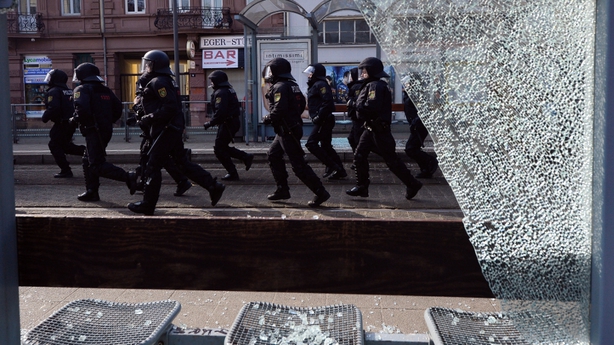 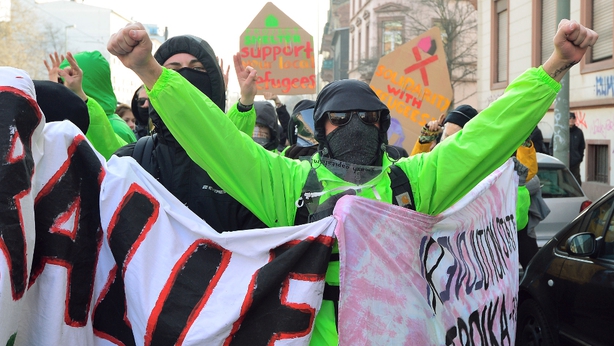 "Police were attacked with stones and spray. Due to the extreme violence we saw in the morning, we have to assume it could happen again," a police spokeswoman said.

ECB President Mario Draghi addressed the demonstrators in his speech at the opening ceremony but said they were missing the point by blaming the ECB.

"European unity is being strained," he said.

"People are going through very difficult times. There are some, like many of the protesters outside today, who believe the problem is that Europe is doing too little.

"But the euro area is not a political union of the sort where some countries permanently pay for others," he said.

"It has always been understood that countries have to be able to stand on their own two feet - that each is responsible for its own policies. The fact that some had to go through a difficult period of adjustment was therefore not a choice that was imposed on them. It was a consequence of their past decisions."

German leaders condemned the violence while defending the right to protest against the ECB. 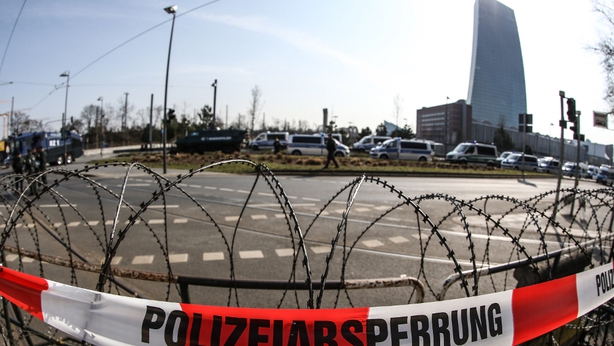 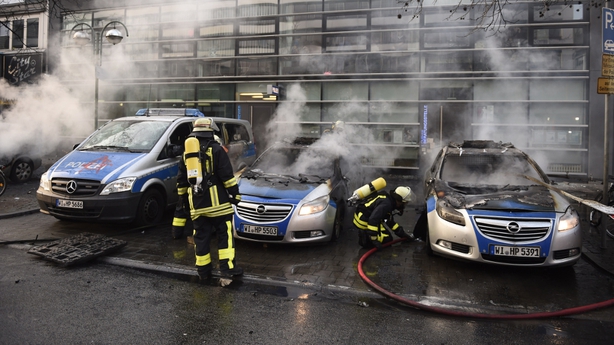 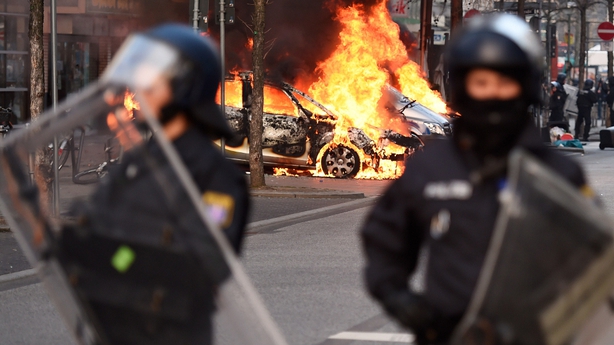 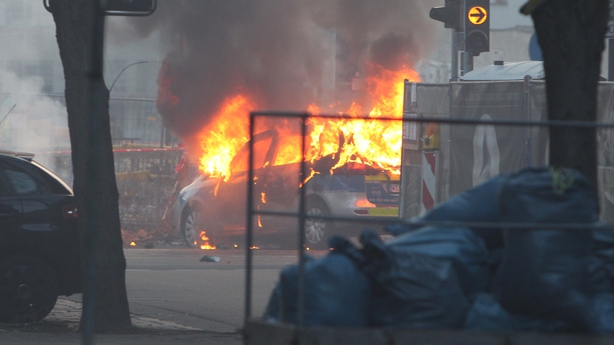 "No one has the right to endanger the life of police and fire officials," Finance Minister Wolfgang Schaeuble told a news conference in Berlin.

The protest was organised by a group called Blockupy – named after the Occupy Wall Street movement in 2011.

"Free caviar for everyone," read one sarcastic banner.

"Our protest is against the ECB, as a member of the troika, that, despite the fact that it is not democratically elected, hinders the work of the Greek government. We want the austerity politics to end," Ulrich Wilken, one of the organisers, said.

"We want a loud but peaceful protest," he told Reuters.

Blockupy says it represents grass-roots critics of supranational financial institutions including the "troika": the ECB, the European Commission and the International Monetary Fund, whose inspectors monitor countries such as Greece and Cyprus that have received international bailouts.

The ECB is also influential as a provider of finance to the banks of struggling countries and has in recent weeks sanctioned a drip feed of extra emergency finance to Greece's lenders.