Reports from the outer islands of Vanuatu paint a picture of utter destruction after a cyclone tore through the South Pacific island nation, flattening buildings and killing at least 24 people.

Disaster management officials and relief workers are struggling to establish contact with the islands that bore the brunt of Cyclone Pam's 300km/h winds, which destroyed homes, smashed boats and washed away roads and bridges as it struck late on Friday night and into Saturday.

24 people have been killed and 3,300 displaced and sheltering at 37 evacuation centres, according to a statement by the National Disaster Management Office.

However, the number could rise as communications are restored with outlying islands of the scattered archipelago.

"Many of the buildings and houses have been completely destroyed, Vanuatu President Baldwin Lonsdale told Reuters in Tokyo.

"More than 90% of the buildings have been destroyed." 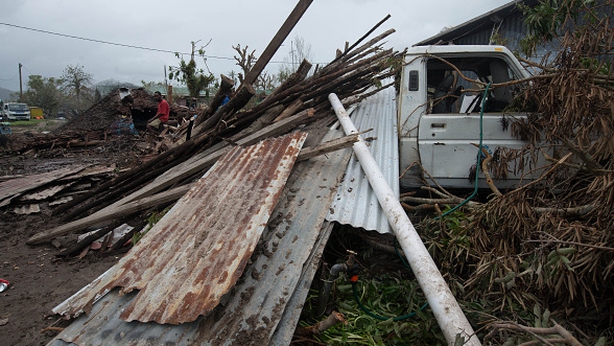 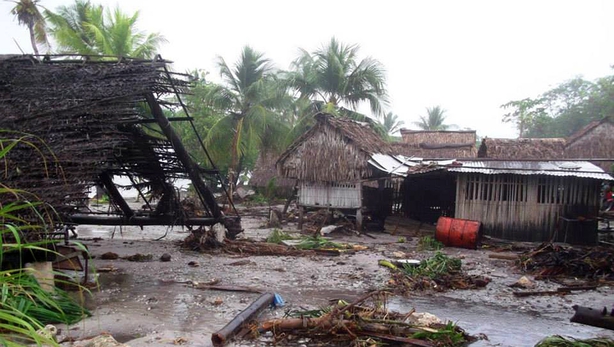 The Australian Red Cross said it had reports of "total devastation" on the southern island of Tanna, with most homes destroyed.

Tanna, about 200 km south of the capital, Port Vila, with its 29,000 inhabitants took the full force of the category 5 storm, with at least two people dead.

Reports from aid groups said the main town on the island of Erromango, north of Tanna, had suffered similar destruction.

A clean-up is under way in Port Vila, where seas were reported to have surged as high as 8 metres, with as much as three-quarters of the capital's houses reported as being destroyed or severely damaged.

"Things in Port Vila are improving, people are returning to the market and getting on with the job of starting the clean-up, but the key thing is we still have no contact with other provinces," Tom Perry, from aid agency CARE Australia, told Reuters by telephone from the capital.

"That's of grave concern because there's no real sense from anyone of what the impact has been, but we know in the south in particular, it sat under the eye of the storm for hours."

A 6pm to 6am curfew had been imposed in the capital to prevent looting, said Colin Collett van Rooyen, Oxfam's country manager.

Mr Van Rooyen said there has been unconfirmed reports of minor looting of hardware equipment. 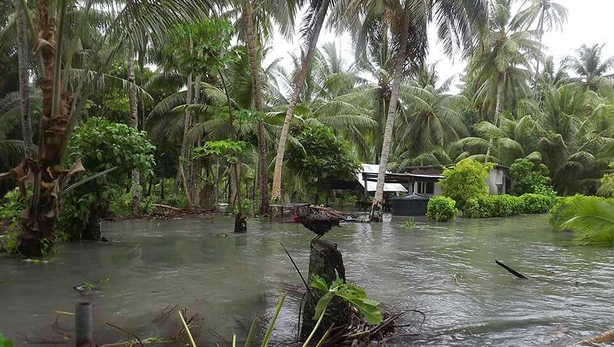 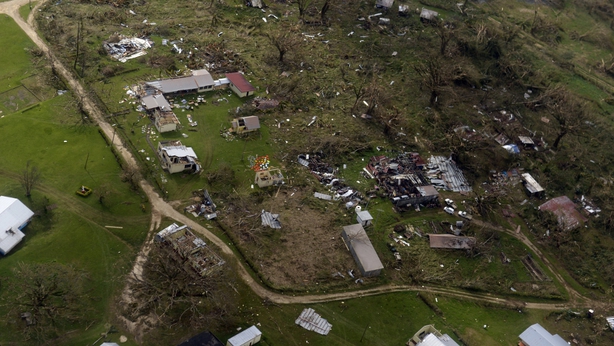 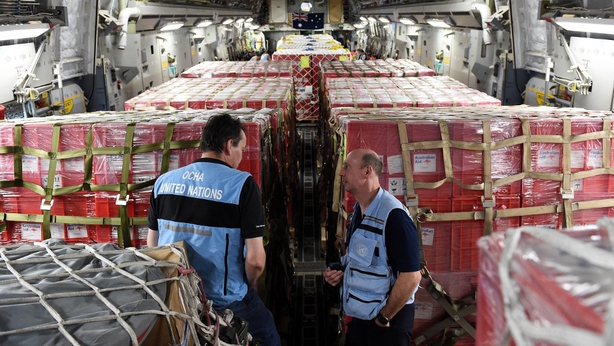 Red Cross Vanuatu CEO Jacqueline de Gaillarde said shops were already low on supplies because people had stockpiled food before the storm but those supplies were then lost when homes were destroyed.

"We need food for the coming weeks and we need humanitarian people to do assessments and we need transport, we need boats to access the islands because lots of the airports on the islands are grass only and they are flooded so we cannot land," Ms de Gaillarde said from Port Vila.

Diseases, including dengue fever and malaria, were a concern amid widespread flooding, she added.

Military flights from New Zealand and Australia were bringing in water, sanitation kits, medicines and temporary shelters for the estimated 10,000 made homeless on the main island, with supplies being unloaded late into this evening at the airport.

France and the United States were also sending aid.

Formerly known as the New Hebrides, Vanuatu is a sprawling cluster of more than 80 islands and 260,000 people, 2,000 km northeast of the Australian city of Brisbane.

Perched on the geologically active Pacific Ring of Fire, one of the world's poorest nations suffers from frequent earthquakes and tsunamis and has several active volcanoes, in addition to threats from storms and rising sea levels.

President Lonsdale, who had been in Japan for a UN disaster conference when the storm hit, said it would take time for his country to recover.

"What is happening now is that, as I've seen over and over again, the people of the Republic of Vanuatu need humanitarian assistance at the moment," he said.

"And I'm very pleased with the international community that they have responded to my appeal."

Aid officials said the storm was comparable in strength to Typhoon Haiyan, which hit the Philippines in 2013 and killed more than 6,000 people.

The International Monetary Fund said it was ready to send funds and assistance to rebuild Vanuatu's economy.

Pam had been downgraded and moved off the east coast of the North Island of New Zealand by late today, creating huge seas, heavy rain and strong winds, but so far little damage. 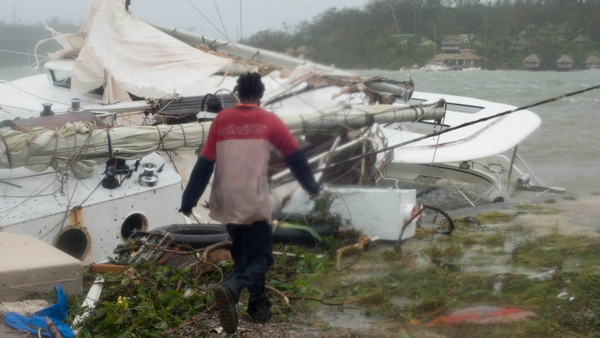