The Security Council of the semi-autonomous Kurdish region said in a statement the peshmerga had taken soil and clothing samples after an IS suicide bombing in northern Iraq in January.

It said laboratory analysis showed "the samples contained levels of chlorine that suggested the substance was used in weaponised form."

Chlorine is a choking agent the use of which as a chemical weapon dates back to World War One. It is banned under the 1997 Chemical Weapons Convention, which prohibits all use of toxic agents on the battlefield.

The Kurdish allegation could not be independently confirmed.

Spokesman for the Dutch-based Organisation for the Prohibition of Chemical Weapons Peter Sawczak said: "We have not had a request from Iraq to investigate claims of use of chemical weapons in Iraq, and the OPCW cannot immediately verify the claims."

Chlorine has been used "systematically" in the civil war in neighbouring Syria, an OPCW fact-finding mission found last year. The OPCW would have to get its own samples to confirm the use of chemical weapons in a member state.

The Kurdish statement said the 23 January suicide car bombing by IS took place on a highway between Mosul and the Syrian border.

A Kurdish security source said the peshmerga fired a rocket at the car carrying the bomb, meaning there were no casualties from the incident except for the suicide bomber.

About a dozen peshmerga fighters experienced symptoms of nausea, vomiting, dizziness or weakness, the source said.

The statement said the analysis was carried out in an EU-certified laboratory after the soil and samples were sent by the Kurdish Regional Government to a "partner nation" in the US-led coalition that is fighting IS militants in Iraq and Syria.

The source described the samples as "leftovers from the suicide bomber", but declined to identify the laboratory.

Iraq's Kurds were the victims of the deadliest chemical attack of modern times when Saddam Hussein's air force bombed the town of Halabja in 1988, gassing at least 5,000 people to death. 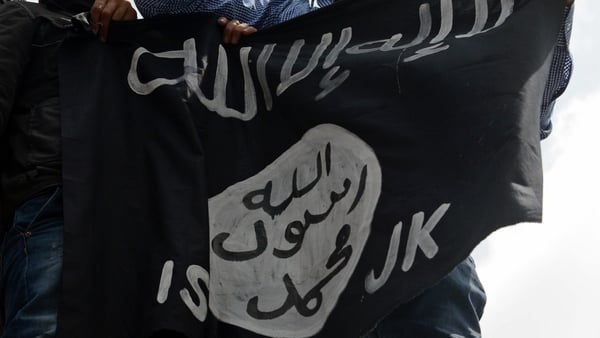