The Governor of the Central Bank has told the banking inquiry that the bulk of the costs of the banking collapse could not have been avoided by taking a different course of action on the night of the guarantee.

However, Patrick Honohan said the extent and nature of the guarantee frustrated subsequent efforts to minimise the costs and speed the recovery.

Professor Honohan is amending some evidence he gave to the Inquiry in January at his request.

He criticised some elements of the guarantee, including the inclusion of subordinated debt and existing outstanding debt, along with the failure to consult and the failure to seize immediate control of Anglo Irish Bank.

However, he said it was important to maintain perspective and he said there had been a tendency to overstate the extent of the impact of the decision's made on the night of the guarantee on the subsequent welfare of the nation.

He said 80-90% of the overall hardship which followed the bursting of the bubble was already inescapably embedded.

Professor Honohan repeated several times that Anglo should have been nationalised on the night of the guarantee, as that was the only tool available.

He said they should have seized control of Anglo as it was in extreme stress.

Asked by Fine Gael’s Kieran O'Donnell whether they should have "let it go", Mr Honohan said that term should not be used and he said it should have been nationalised.

It was too risky to leave it in the hands of management and there was a high risk of insolvency, he said.

Fianna Fáil's Michael McGrath asked about his evidence previously that Anglo should have been liquidated at the time.

Mr Honohan said he may have been having a senior moment and he leapt between two scenarios.

Under repeated questioning from Sinn Féin's Pearse Doherty about the Kevin Cardiff note, Mr Honohan said he had answered the question four times and he was not satisfied with the line of questioning.

Mr Doherty replied that he was sorry they were at loggerheads.

Mr Doherty also asked whether Mr Honohan thought it appropriate that one witness would contact another about their evidence.

Mr Honohan said it was absolutely and it was very important that the inquiry got all its facts right.

Professor Honohan said the costs of the collapse were much bigger than the cost of the guarantee.  He said he stopped counting at €100bn.

He said the guarantee was not the big story.

Earlier, a UCD politics professor told the  inquiry that "groupthink" was a problem in the run-up to the banking crisis.

Professor Niamh Hardiman of the School of Politics and International Relations said there were dissenting voices about bank risk and the property boom but many lacked confidence to speak out and some who did were criticised or marginalised.

She said too many people's opinions converged on what was perceived as the general wisdom without being subjected to too much criticism.

Fine Gael TD Kieran O'Donnell cited her references to crony capitalism and groupthink, and asked how big a factor they were in the banking crisis.

Ms Hardiman said they were both very important. 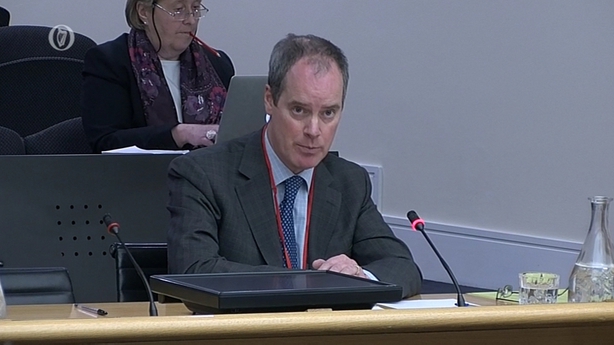 Prior to that Professor David Farrell told the inquiry the Oireachtas took its eye off the ball and its failings contributed to the banking crisis by not providing adequate scrutiny of the government.

Prof Farrell said the Irish parliament was weaker than in most other countries and it performed poorly during the period under investigation.

He said it lacked sufficient organisational and structural firepower to provide effective scrutiny. It lacked the political will to use its powers and it was hindered by a governmental system that emphasised secrecy, particularly in budgetary matters.

Prof Farrell also said there was little evidence to suggest things are any different today and there had not yet been serious Dáil reform as promised in the Programme for Government.

He added there should be a secretly elected Ceann Comhairle.

Fianna Fáil's Michael McGrath asked about the Government's addition of two extra members to Banking Inquiry to ensure it had a majority.

Prof Farrell said speaking generally it was a pity and unfortunate to have committees with inbuilt Government majorities. 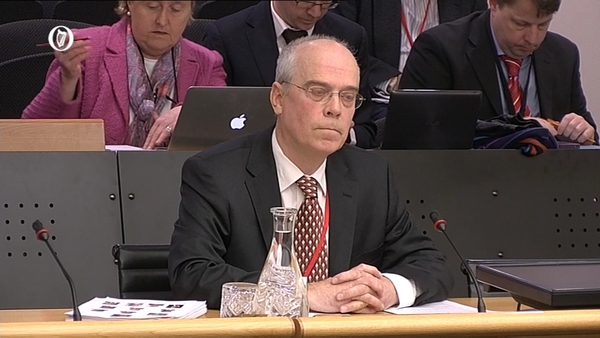