Top Gear host Jeremy Clarkson has been suspended after he allegedly punched a producer.

BBC News also reported that it "understood" the final three episodes of the series would not be broadcast in the wake of what the corporation has officially described as a "fracas" between the two.

This is despite an online petition calling for the 54-year-old's reinstatement soared past 130,000 signatures.

The presenter has been controversial in recent months - offending foreign diplomats, viewers, MPs and his own bosses at the BBC.

Mr Clarkson's first public response to his suspension was a tweet issuing a mock apology to Ed Miliband, whose wife Justine gave an interview to the BBC which was broadcast yesterday.

He said: "Sorry Ed. It seems I knocked your 'I'm a human' piece down the news agenda."

A BBC spokeswoman said: "Following a fracas with a BBC producer, Jeremy Clarkson has been suspended pending an investigation.

"No-one else has been suspended. Top Gear will not be broadcast this Sunday. The BBC will be making no further comment at this time."

Sunday's episode was set to feature Mr Clarkson with co-hosts Richard Hammond and James May getting to grips with classic cars such as a Fiat 124 Spider, an MGB GT and a Peugeot 304 cabriolet.

They were set to take to the road and end up at a classic track day, while Gary Lineker was due to be the "star in a reasonably priced car".

Mr Clarkson's initially failed to acknowledge news of his suspension, instead joking with Mr Hammond and Mr May on Twitter about what should be done with the now-empty slot on the BBC's schedule on Sunday.

No Top Gear this weekend, apparently. How about 633 Squadron instead? @JeremyClarkson @RichardHammond

No, surely, Last of the Summer Wine; no one will notice the difference. Job done. @MrJamesMay @JeremyClarkson

@MrJamesMay @RichardHammond I did some pretty good war documentaries. They could screen one of those.

In recent years Mr Clarkson has been cleared of breaching the broadcasting code by watchdog Ofcom after comparing a Japanese car to people with growths on their faces, and he faced a storm of protest from mental health charities after branding people who throw themselves under trains as "selfish".

He was also forced to apologise for telling BBC1's The One Show that striking workers should be shot, but it is the claims of racism that have really damaged his standing with the corporation. 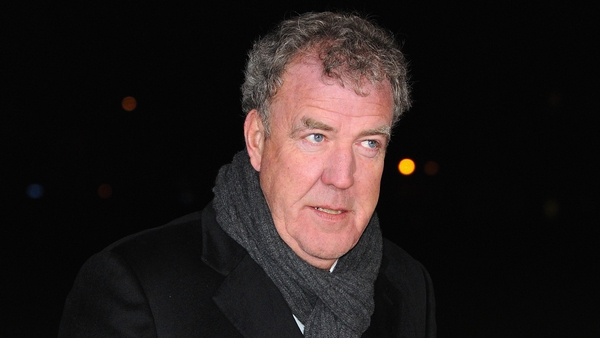