The number of Syrian refugees who have been forced from their country by civil war could easily exceed the population of Ireland by the end of 2015.

UNHCR Ireland's head of office Sophie Magennis said the number of Syrian refugees may "approach five million" by the end of the year.

In January, Syria overtook Afghanistan to become the biggest source of refugees in the world.

After four years of war, 200,000 people are dead and ten million have fled their homes.

Aid agencies have described the situation in Syria as "the worst humanitarian crisis of our times".

This week marks the fourth anniversary of the war.

In this interactive video, RTÉ's Philip Bromwell examines the scale of the refugee crisis.

You can click or touch the panels on screen to discover extra content, such as interviews, statistics and archive material.

The interactivity works best on modern browsers like Chrome, Safari, Firefox and IE11 on desktop and tablet.

The format is compatible with most Android smartphones but will play without interactivity on iPhones. 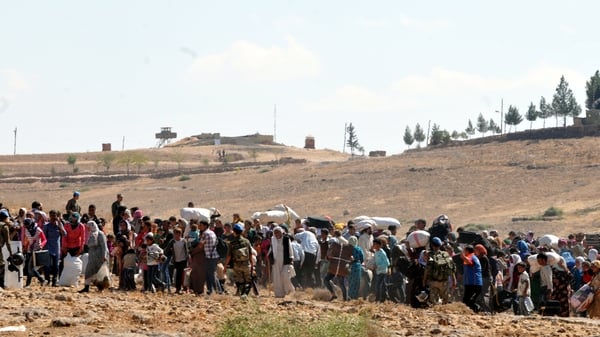