The Mauritanian news website Al-Akhbar has said the armed Islamist group al-Mourabitoun has claimed responsibility for an attack in Mali's capital that killed five people.

Alakhbar, which is often sent statements by Islamist militants in Mali, said it had received a video it would post later.

Al-Mourabitoun was formed by veteran jihadist Mokhtar Belmokhtar, who is a target of French forces hunting down al-Qaeda-linked militants in the Sahel-Sahara region.

Militants killed five people in a gun attack on a restaurant in Mali's capital in the early hours of this morning.

The dead included a French citizen and a Belgian security officer with the EU delegation in the country, authorities said.

However, this is the first militant attack for years in Bamako, in the south.

Three Malians were killed in the violence in and around La Terrasse restaurant, which is popular with expatriates, the government said.

The attack began at around 1am and left nine people wounded, said a senior security official, adding that two people had been arrested.

Belgian Foreign Minister Didier Reynders denounced the killings in what he said was a "cowardly attack" on a Mali nightclub. 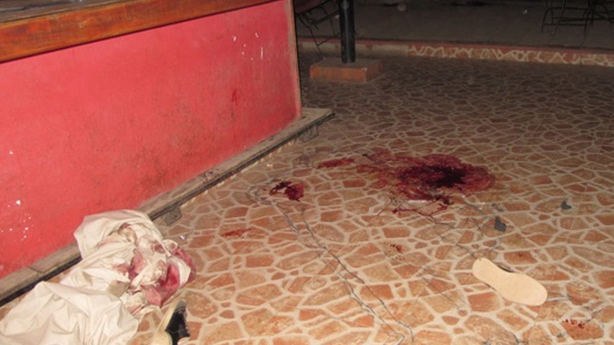 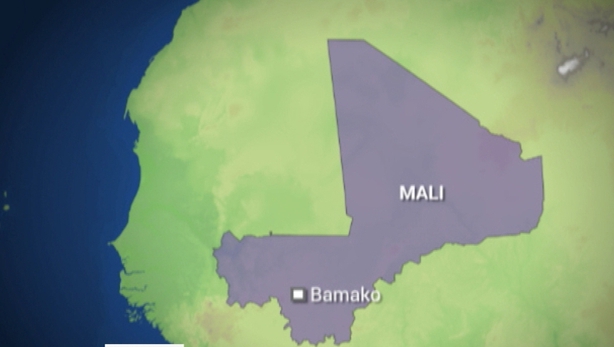 Senior police officer Falaye Kant said: "There were two individuals who were armed and hooded.

One burst into the La Terrasse restaurant and opened fire on people. Then he got into a vehicle in which the other was waiting."

Those killed included a girl who died in hospital, Mr Kant said. 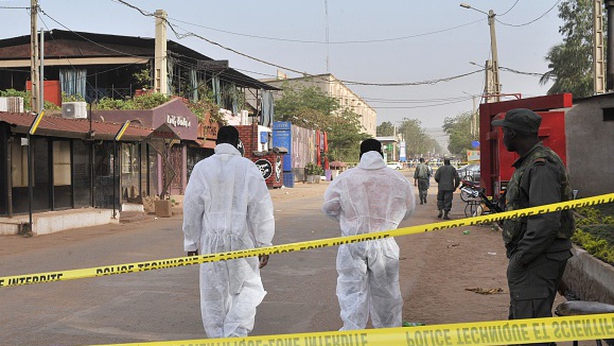 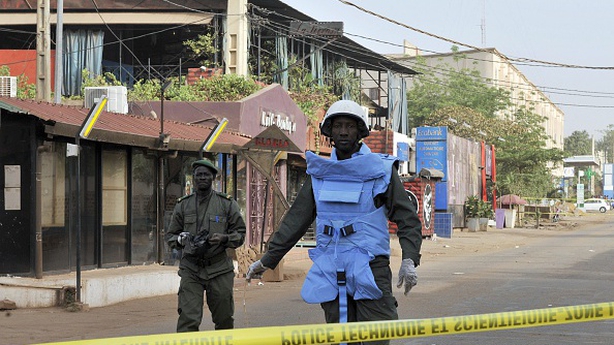 A spokesperson for the Defence Forces said all Irish military personnel in Bamako are safe and accounted for following the attack.

Irish troops are taking part in an EU training mission in the capital.

The Defence Forces say they have ten people in Mali. 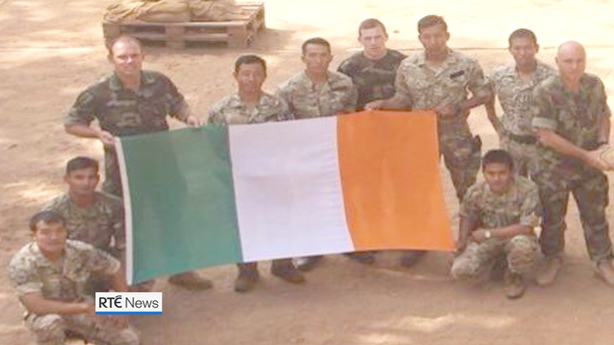 Witnesses said police secured the street where the restaurant shooting took place because of unexploded grenades.

Two international experts with the United Nations Mine Action Service were among the wounded, according to initial reports, said Mongi Hamdi, UN special envoy for the peacekeeping mission to Mali (MINUSMA).

France has more than 3,000 soldiers in West Africa as part of a counter-insurgency force against al Qaeda-linked militants.

Mali's government signed a preliminary peace proposal on Sunday meant to end fighting with northern separatists, but the Tuareg-led rebels demanded more time before agreeing to any accord.

European Union foreign policy chief Federica Mogherini said one of the victims of the Bamako attack was a Belgian security officer with the EU delegation in the capital.

"This terrorist act strengthens even more our resolve to help fight terrorism throughout the region," she said.