Thousands of Russians, many carrying red carnations filed past the coffin of Boris Nemtsov, the Kremlin critic who was killed last week.

Aides to Russian President Vladamir Putin deny any involvement in killing Mr Nemtsov, who was shot four times on Friday within sight of the Kremlin walls.

His friends say he was the victim of an atmosphere of hatred whipped up against anyone who opposes the president.

"The shots were fired not only at Nemtsov but at all of us, at democracy in Russia," Gennady Gudkov, a prominent Kremlin opponent, said in a speech delivered next to the coffin. 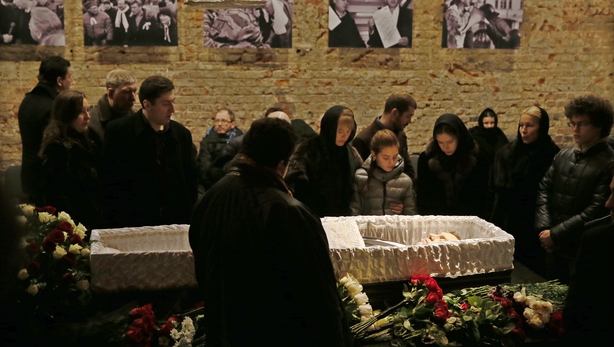 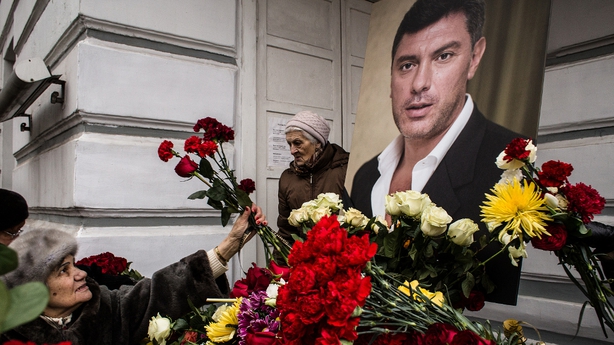 Mr Nemtsov, a former deputy prime minister, was the most prominent opposition figure to be killed in Russia during Mr Putin's 15-year rule.

Most of those paying their respects were members or sympathisers of Russia's liberal opposition, who feel deep alarm at the shooting but represent only a minority of the Russian population.

Polls show most Russians support Mr Putin, despite a sharp slide in the rouble and international sanctions over the Ukraine crisis.

But at the ceremony there was a show of solidarity for Mr Nemtsov from several prominent figures who served with him under former president Boris Yeltsin and who still have influence within the business and political elite.

None of them criticised the Kremlin but their presence – led by Yeltsin's widow Naina - showed that there are faultlines within the system of power built by Mr Putin which could deepen if that system comes under more stress.

Two European dignitaries were unable to attend the ceremony because Russian officials would not let them into the country.

Moscow said one of them, a former Latvian foreign minister, had for some time been subject to a travel ban for her "anti-Russian activities".

He said a court rejected his request to let him out of jail for a few hours so he could attend.

In a gesture of conciliation from the Kremlin, Deputy Prime Minister Arkady Dvorkovich joined mourners filing into the hall where his open casket was on display. 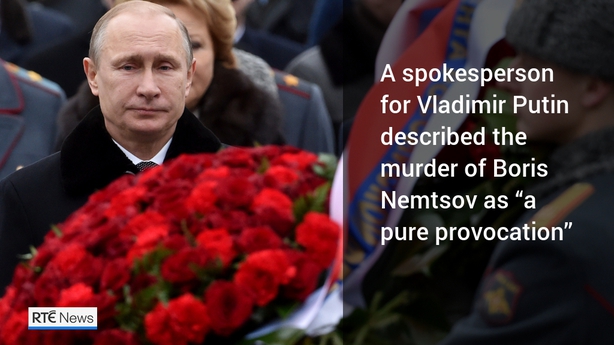 For four hours, Mr Nemtsov's open coffin stood in the centre of a hall at a human rights centre named after Soviet dissident Andrei Sakharov.

The queue of people waiting to go in stretched about a kilometre in the streets outside the hall, and hundreds had to be turned away.

Mr Nemtsov was later buried at the Troyekurovskoye cemetery, on the outskirts of Moscow. 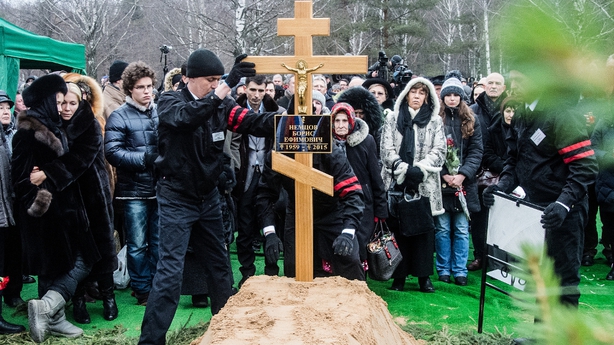 Anna Politkovskaya, an investigative journalist and Kremlin opponent shot dead in 2006, is buried at the same cemetery.

Russian investigators say they are actively working to track down Mr Nemtsov's killers.

German Chancellor Angela Merkel said she would push Russia to guarantee the freedom of expression after what she described as the serious and sad murder of Mr Nemtsov.

"We expect everything to be done to clear up this murder. I hope and we will make clear that we want those people who think differently in Russia to have a chance to articulate their thoughts - though I know it is anything but easy," Ms Merkel said.