The three west African states hardest hit by the Ebola outbreak have asked for help from donors to repair the damage to their economies now that the epidemic seems to be waning.

Leaders of Guinea, Liberia and Sierra Leone voiced confidence at a major international conference on the Ebola outbreak in Brussels that they were winning the battle.

However, they said they must remain focused on stamping out new infections.

The epidemic has killed around 10,000 people in the three countries and delivered a severe setback to their economies, which had previously been performing well.

Sierra Leone President Ernest Bai Koroma told the conference: "Victory against the virus is in sight but we must guard against complacency.

"There will not be total victory until we get to a resilient zero (new cases) in the three most affected countries."

Ebola cases have declined sharply in recent weeks, but there has been a worrying recent surge in new infections in Sierra Leone. Sierra Leone's Vice President Samuel Sam-Sumana has put himself in quarantine after one of his bodyguards died of Ebola.

"It's easier to go from 100 (cases) to ten than from ten to zero," Guinea's President Alpha Conde said.

International donors have pledged nearly $5bn to help combat the Ebola outbreak, according to EU officials, although only about half of that has been disbursed so far.

Schools, farms and markets closed during the outbreak, casting a chill on business as investors left and government finances weakened.

A fall in global commodity prices compounded the region's problems.

The World Bank has estimated the epidemic will cost the three countries at least $1.6bn in lost economic growth this year, or more than 12% of their combined output.

"This can only be achieved with your support," she told the conference, which brought together 600 delegates from around the world.

"There is no doubt this will require significant resources, perhaps even a Marshall plan," she said, referring to the large US aid programme to rebuild Europe after World War II.

The three African nations aim to draw up a regional recovery plan to present at the April meetings of the International Monetary Fund and the World Bank, Ms Johnson-Sirleaf said.

No new aid pledges were expected at the Brussels conference.

Minister of State at Department of Foreign Affairs Sean Sherlock is representing Ireland at the meeting. 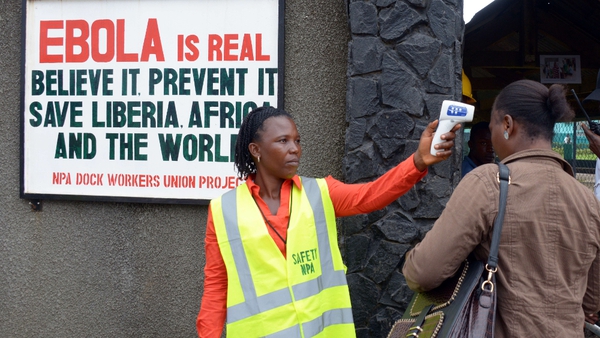 Obama says Ebola could be beaten after MSF warning