UN High Commissioner for Refugees Antonio Guterres told the Security Council that "the nature of the refugee crisis is changing" and called for "massive international support" for countries that have opened their borders to fleeing civilians.

"As the level of despair rises, and the available protection space shrinks, we are approaching a dangerous turning point," he told the 15-member council.

Close to 12 million people have been displaced by the nearly four-year war in Syria, including 3.8m who have fled to neighboring countries such as Turkey, now the biggest refugee-hosting country in the world.

Mr Guterres warned that almost two million Syrian refugees under the age of 18, many without access to education or jobs, "risk becoming a lost generation" and over 100,000 children born in exile could become stateless.

"If this is not addressed properly, this crisis-in-making will have huge consequences not only for the future of Syria but for the whole region," he said.

The refugee chief pointed to the Kuwait donor conference on 31 March as key to help the region cope with the overwhelming strain on services from the influx.

With Syrians increasingly taking to dangerous boat crossings, Mr Guterres called on European governments to step up its search and rescue operations in the Mediterranean.

He praised Germany and Sweden for their help and called on other countries in Europe and the Gulf region to help ease the pressure on Syria's neighbors.

The council was meeting to discuss the Syrian humanitarian crisis as UN envoy Staffan de Mistura was due to hold talks in Damascus on Saturday on his peace efforts.

In a report to the council last week, UN Secretary General Ban Ki-moon called for an end to the "business as usual" approach to Syria and pressed for action to lift sieges on civilians and end barrel bomb attacks. 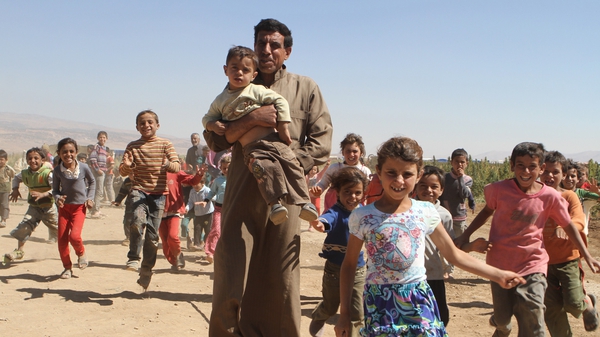