Taoiseach Enda Kenny has said it is morally unacceptable and economically unwise for people at work to be experiencing poverty.

He was speaking at the launch of the Low Pay Commission, which has been established to assess the appropriate rate for the national minimum wage.

However, he said statistics showed that 9% of families where the head of the family was at work lived in consistent poverty.

He also pledged that a further 80,000 low-paid workers would be removed from liability for the Universal Social Charge.

The Taoiseach faced questions at the event over his own salary of €3,500 per week, which he defended, saying he is worth it.

The Taoiseach's comments led to robust exchanges in the Seanad, with Mr Kenny accused of stealing a line from a shampoo advert when he said, "I'm worth it".

Fianna Fáil Senator Marc Daly said the Taoiseach's claim would "sound incredible to someone who is struggling to make ends meet."

Independent Senator David Norris accused Senator Daly of using "cheap populism" to criticise the Taoiseach, saying, "You are just squawking away like an old hen so I am just going to ignore you."

Tánaiste and Minister for Social Protection Joan Burton outlined social welfare measures that would help to ease the transition from long-term unemployment to work.

Minister for Jobs Richard Bruton said the commission would take the politics out of setting the minimum wage, ensuring that job creation and competitiveness were taken into account.

Minister for Business and Employment Ged Nash appealed to the commissioners to put on their interest jackets and reach a consensus decision.

Around 4.7% of the workforce is on the minimum wage, according to the Central Statistics Office.

The commission is due to report within five months.

The Irish Small and Medium Enterprises Association has said increasing the minimum wage would have a detrimental effect on Ireland's competitiveness.

ISME Chief Executive Mark Fielding said previous increases in the minimum wage had led to demands for increased wages at other levels.

Speaking on RTÉ's Today with Sean O'Rourke, Mr Fielding said there has been a 55% increase in the minimum wage since it was introduced in 2000.

However, John Douglas from the Mandate trade union said an increase in the minimum wage was necessary.

"Ireland is a very high cost economy in terms of cost of living. The minimum wage hasn't increased since 2007. It was set at 40% of the national median wage. If that was to be applied today that would bring the minimum wage north of €10 an hour.

Employers' group Ibec earlier this week said there was no justification for increasing the minimum wage.

It warned that an excessive increase would jeopardise employment, new job creation, business investment and the viability of some firms. 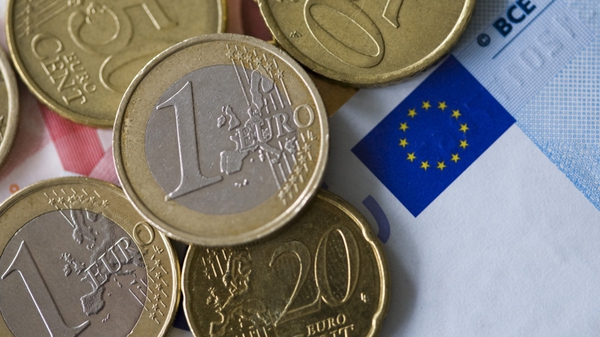