More than 90 Ukrainian troops were captured and 82 were still missing after pro-Russian rebels seized the key town of Debaltseve, Ukraine's army has said.

The Ukrainian military said that it had mobilised "certain forces" to search for the missing and asked observers from the Organisation for Security and Co-operation in Europe (OSCE) to help to locate them.

Ukrainian forces retreated from the key railway hub yesterday after a fierce onslaught by separatist fighters that Kiev claimed were armed by Moscow and included regular Russian troops.

In a statement, Ukraine's general staff said that 13 soldiers had been killed and 157 wounded during the withdrawal.

Kiev's military claimed that its forces had captured "several dozen" rebel fighters in Debaltseve and were holding them for questioning.

Fighting is continuing in eastern Ukraine despite European efforts to implement a ceasefire.

Western nations have refused to give up on a peace deal negotiated last week even though rebels disavowed it to seize the strategic railway hub of Debaltseve.

Thousands of besieged Ukrainian troops pulled out of the town yesterday in one of the worst defeats for the Kiev government of a ten-month war that has killed more than 5,000 people.

European and US official have expressed the hope that the ceasefire can now take effect, with rebels that are fighting for territory the Kremlin calls "New Russia" halting their advance having achieved their main objective in Debaltseve.

But artillery was still raining down near Debaltseve today, and the Ukrainian military said its troops had come under fire elsewhere from rebels.

Reuters journalists in Vuglegirsk-, a rebel held town near Debaltseve, said artillery was still thundering down in the area, although with less intensity than the previous day. 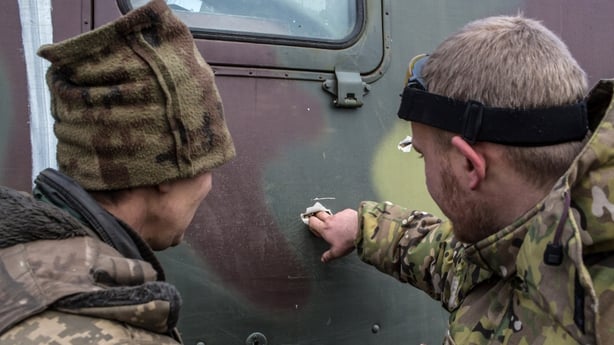 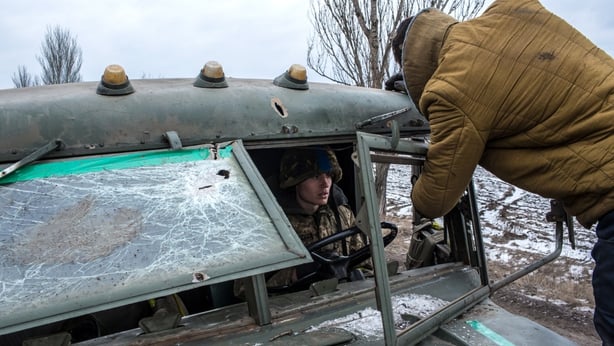 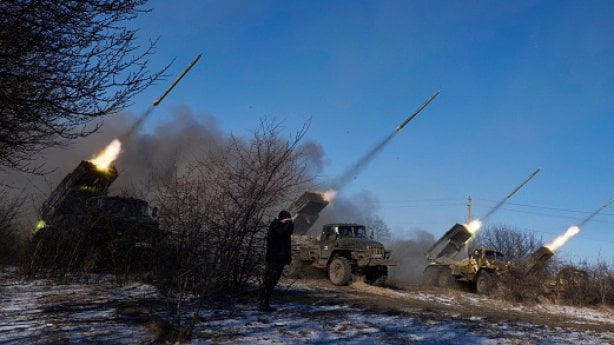 In Artemivsk, a government-held town north of Debaltseve where Ukrainian troops arrived after evacuating the besieged town, soldiers spoke of their flight under gunfire as they withdrew.

"There are no words to describe it. Along the entire way we were blanketed with shots, wherever there were trees they fired at us from machine guns and grenade launchers. They used everything," said a soldier from Ukraine's 30th brigade.

Local military officials said rebels had launched mortar attacks on government-held positions further south, near the coastal city of Mariupol, and were building up forces there.

"Right now there are mortar attacks on Shyrokine," a local military spokesman said, referring to a village about 30km east of Mariupol, along the coast of the Sea of Azov.

"There is no attempt to seize our positions up to now. The rebels are bringing up reserves," the spokesman said.

Mariupol, a port of 500,000 people, is the biggest government-held city in the two rebellious provinces, and Kiev's biggest fear is that rebels will try to capture it.

Western countries say Russia is behind the rebel advance, having deployed thousands of troops with advanced weaponry into eastern Ukraine to fight on the separatists' behalf.

Moscow denies it is behind the fighting.

It sponsored a UN Security Council resolution calling for all sides to stop firing but never criticised the rebels for advancing on Debaltseve. 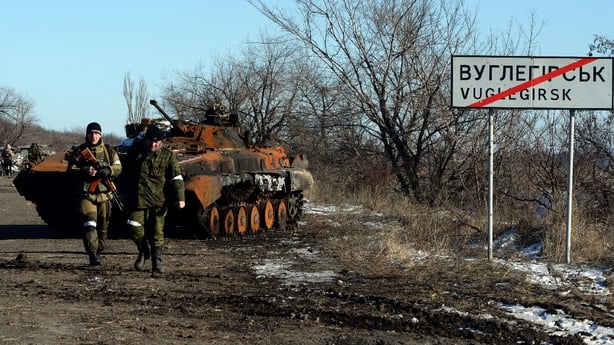 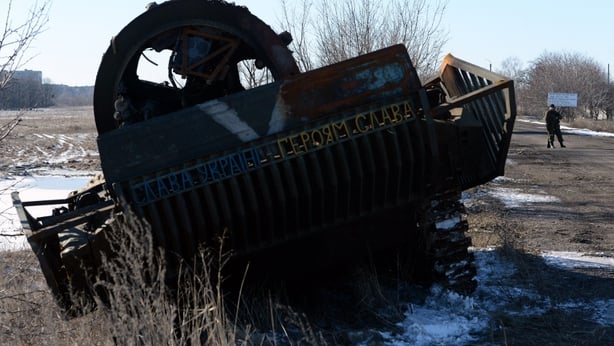 President Vladimir Putin told Ukraine hours before the town fell that it should allow its troops there to surrender.

The rebels have said Debaltseve is the only place where the ceasefire does not apply, and have suggested they now intend to implement the truce.

They have announced that they are pulling back some heavy weapons, which is required under the peace deal.

The deal was agreed at all night talks last week in the Belarus capital Minsk, with the leaders of France and Germany mediating between Mr Putin and Ukraine's President Petro Poroshenko.

French President Francois Hollande's office said the four had condemned ceasefire breaches and agreed that the package of measures worked out in Minsk should be implemented "strictly and in their entirety".

Representatives of the OSCE security group monitoring events in east Ukraine "should meet the parties on the ground to quickly implement these measures", it said.

Germany said Mr Putin had promised to push the rebels to exchange prisoners as agreed under the Minsk deal.

Mr Poroshenko said on his website that he had protested during the call with Mr Hollande, Mr Putin and German Chancellor Angela Merkel that no one should "pretend that what happened in Debaltseve was in line with the Minsk agreements."

Russia's Gazprom has started supplying gas directly to the rebel-held areas of eastern Ukraine after separatist leaders said Kiev had cut supplies to the region.

Russian Prime Minister Dmitry Medvedev said in a government meeting earlier today that Russia could deliver "humanitarian aid in the form of gas supplies" to the separatist-controlled territories and ordered the energy ministry to coordinate this with Gazprom.

Naftogaz, Ukraine's national gas company, confirmed the cut-off, and said it was due to pipeline damage caused by fighting.

"Resuming supplies is impossible because of the ongoing fighting" which was stopping repair teams from safely carrying out the necessary work, the company said in a statement.

The Ukrainian gas pipeline operator Ukrtransgaz said it would start repairs as soon as the fighting ended. 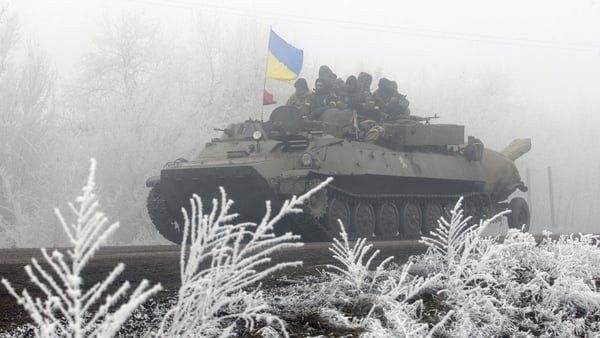 Ukrainian troops reject proposal to pull out of Debaltseve