The Government says new figures on the use of motorway tolls show a real and tangible indication of growth in the economy.

Figures released by the National Roads Authority reveal a 20% increase in some cases of cars and trucks using toll bridges.

The NRA compiles statistics of heavy and non-heavy goods vehicles using the nine main toll roads in the country.

Waterford Fine Gael TD John Deasy has obtained the percentage increases from 2010/2011 up to and including last year.

They show that there are 20% more cars and vans using the M50 now compared with four years ago, and 13% more trucks.

There are also increases, although smaller, on the M1 at Dundalk, the M4 Kilcock/Kinnegad, the M3 Clonee, the N6 Galway and the M8 Fermoy toll roads.

The Dublin Port and Limerick tunnels show increases of more than a fifth in trucks and lorries, while the N25 Waterford bypass shows a 50% increase in trucks and a 13% increase in cars and other vehicles using the road since 2010.

The average full-year increase across the nine routes was 20% per toll road, with non-HGVs showing an 11% increase per toll road. 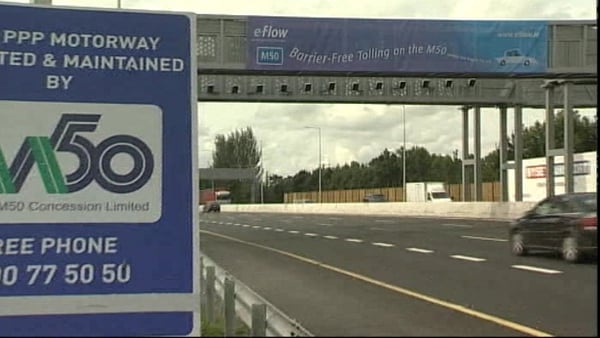