Staff at Irish Water and its parent company Ervia can earn an extra bonus payment of up 3% of their salary on top of individual performance-related payments, according to new details seen by RTÉ News.

The potential top-up payment is calculated using what is described in official company documentation as a "multiplier", details of which have been seen by RTÉ's This Week.

Under the mechanism, staff members are paid two further layers of bonus payments, if both the company and their individual business unit exceed all their pre-agreed targets in a given year.

No bonuses have been paid at Irish Water since the company was established and the pay structure has been under review since details of their bonus scheme emerged last year.

The review was ordered by Minister for the Environment Alan Kelly, who said he did not want to see a "bonus culture" at the new water utility.

Ervia has confirmed to RTÉ the multiplier does exist and that it applies to the performance award structure at both Irish Water and its parent company.

In such a scenario, a member of staff who was entitled to a 10% bonus could receive a final bonus payment of 12.1%, if the company and their business unit exceeds key targets.

A spokesman for Ervia said the "multiplier" also worked to reduce the amount of bonus payments paid out, in cases where the company did not achieve its targets, by multiplying the individual's bonus payment by a factor of less than one.

Ervia said this had the effect of reducing rather than increasing bonus payments at Ervia in 2013.

However, the company spokesman confirmed that in what he called "exceptional circumstances" it could also increase annual bonus payments.

The spokesman said the pay model as originally devised "does provide for such multipliers. However, performance-related awards are capped at 15% within Irish Water and at 19% in the rest of the group.

In the event, no performance-related awards at all have been paid in Irish Water.

“The board has discretion to allow for multipliers above one, in cases of exceptional company or business unit performance but in practice this happens rarely in companies where this pay model applies and has never happened within Ervia," the spokesman said.

The "multiplier" payment is not limited to staff who perform exceptionally well, but also to those who officially need to improve.

Speaking on RTE's This Week programme, Ervia's CEO Michael McNicholas repeated the company's assertion that the structure of reward-based payments at both companies did not amount to the payment of bonuses.

Mr McNicholas said there were "no bonus payments" at Ervia or Irish Water.

He said the pay structure which was used in both companies placed a certain element of employee pay "at risk" which could then be earned back based on performance.

However, he insisted this was different to a traditional bonus pay system.

It emerged last year staff at Irish Water and Ervia who were rated as "needs improvement" qualified for individual bonus payments of between 1.5% for lower-paid staff and up to 9% for senior managers.

Those who need improvement are also entitled to benefit from this additional "multiplier" layer of bonus payments. A senior staff member who needed to improve could therefore earn a bonus payment of 10.9%.

The only workers at both companies below CEO and director level who do not receive a performance award are those who fail to achieve expectations.

However, bonuses are paid out to staff who either need to improve or who achieve their agreed targets.

A spokesman for Ervia described it as "unfortunate" that a new pay structure, which he said "ended the traditional and much-criticised public sector increments model, cut pay costs and directly linked individual pay and career progression to performance within a public sector organisation, continues to be caricatured as a ‘bonus culture’”.

"We accept that the pay model within Ervia has not been explained well. However, it is a best practice model that reduced payroll costs, incentivises performance and ensures pay in the company is controlled and pegged against the market," the Ervia spokesman said. 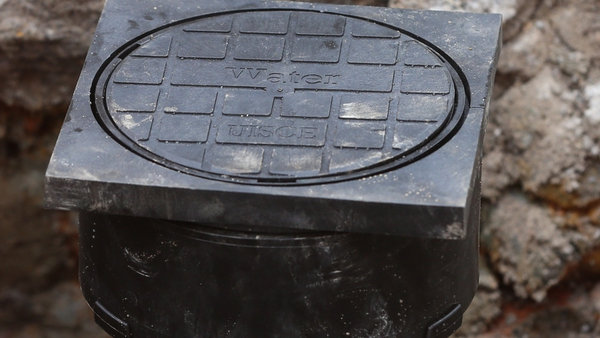