Junior Health Minister Kathleen Lynch has said an additional €30m is needed every year for the Fair Deal nursing home scheme to ensure people are not waiting longer than eight weeks.

But she said the Government would not be seeking an increase in the contributions made by patients in the scheme which is costing €950m this year.

Speaking on RTÉ's Today with Sean O'Rourke, Ms Lynch said a review of the Fair Deal scheme has been completed and will be with the Department of Health early next week.

She said the resources currently available to fund the scheme were not sufficient and she would like to see it become demand-led.

Ms Lynch said the argument she was making before the Oireachtas Health Committee yesterday was in terms of the contribution the State would make to a "demand-led" scheme.

"What I'm saying to you is that as the minister responsible I can tell you now it is not in relation to increasing the contribution from the person in need of the service because the good thing about this scheme is that it is accessible to everyone."

The head of advocacy at Age Action has said that there needs to be investment in community care to keep down the cost of nursing homes.

Speaking on RTÉ's News at One, Eamon Timmins  said that issues surrounding Fair Deal could not be looked at in isolation and that supports such as home help, home care, day care centres and meals on wheels needed to be invested in.

He said the Fair Deal scheme was not fit for purpose and that rather than "fire-fighting", the Government needed to start planning for an ageing population. 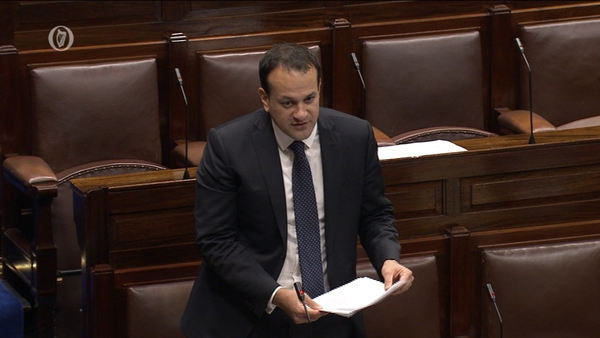