New cycle tracks that could displace cars and buses from sections of Dublin's quays are being proposed by the city council.

A series of options to link the Phoenix Park and Heuston Station to the Point Depot known as the P2P route were unveiled today the council's transport committee meeting.

The most radical plan would involve extending the Croppy Acre park onto the Liffey with a new green space on Wolfe Tone Quay dedicated to cyclists and pedestrians.

Three of the options would involve a two way riverside cycle track on the North Quays.

The fourth would be placing building side cycle tracks on the North and South Quays.

Presenting the options to councillors Joe Seymour of consultants Aecom said the objective is "to change the quays from a traffic dominated space into a nicer space for walkers and cyclists to make better use of the space".

He said the city council wanted to get feedback from the public and that the plans would be going out for formal public consultation in three to four weeks time. 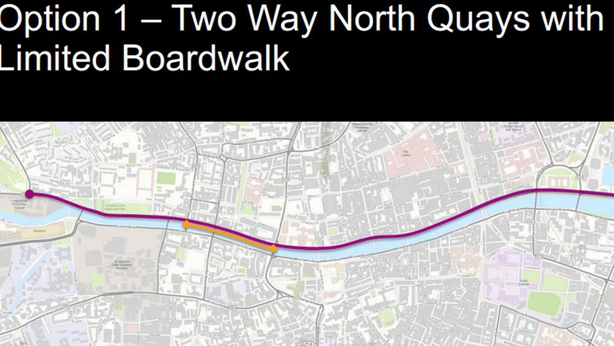 A two-way riverside cycIe track riverside all along the North Quays with one bus lane and one traffic lane alongside.

This would involve building a pedestrian boardwalk at pinch points on Arran and Ellie Quays. 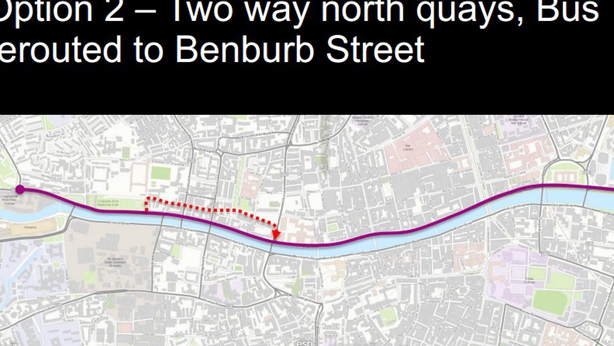 A two-way riverside cycle track on North Quays with one traffic lane but buses diverted off the quays after the Croppy Acre travelling along the Red Line Luas track to Church St. 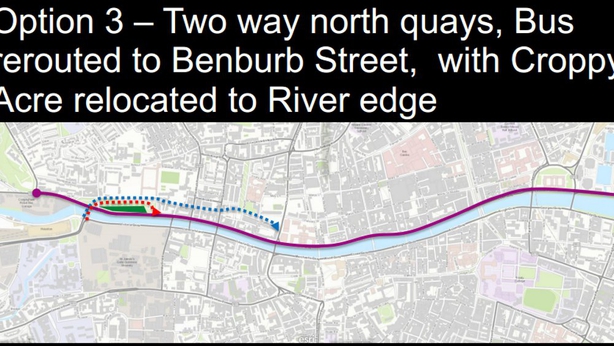 A two-way riverside cycle track on North Quays with cars and buses diverted off the quays along a new road to around the North of the Croppy Acre. 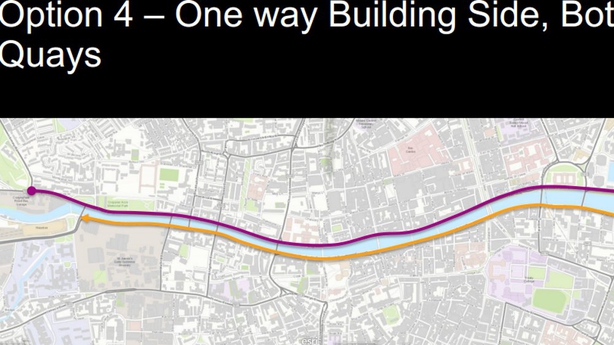 A dedicated cycle track along building sides on North and South Quays.