The Irish Association for Emergency Medicine has said health authorities need to get more money for capacity to deal with overcrowding in emergency departments and elsewhere in hospitals.

Levels of overcrowding have reduced a little today with 472 patients waiting for admission to a bed.

For the second day in a row, Our Lady of Lourdes Hospital in Drogheda is worst affected, with 42 patients waiting on trolleys in the Emergency Department or on wards.

Portiuncula Hospital in Ballinasloe has 14 patients on trolleys awaiting admission.

Talks between management and union officials are to take place this afternoon on the overcrowding situation in Drogheda.

The Irish Nurses and Midwives' Organisation said that following earlier talks under the Labour Relations Commission and the deferral of industrial action, efforts were being made to recruit extra staff.

It said that 24 extra beds had been promised but not delivered.

Some extra bed capacity has been supplied to allow patients who have been clinically discharged move to stepdown rehabilitation beds.

The INMO has described the overcrowding in the hospital's Emergency Department as dangerous.

Mr Hickey said the situation nationally has deteriorated in the past fortnight after some improvement in mid-January.

He added that the underlying problem was the issue of delayed discharges.

He said he understood the number had gone down from about 825 at its worst to something between 700 and 750, but it was totally unacceptable.

Mr Hickey said it reflects the fact that this is a problem that nobody is prepared to solve. 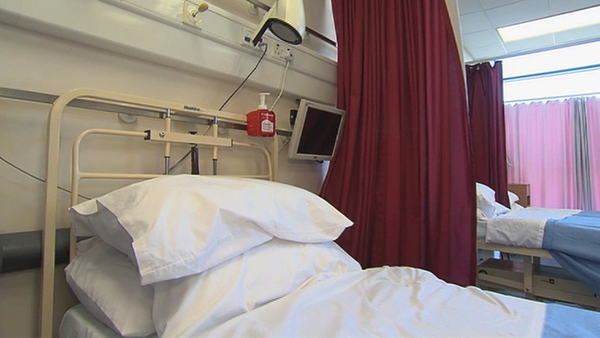